A recent report published by the Small Business Administration’s Office of Advocacy gave an estimate of the number of minority-owned businesses in all 50 states, including the District of Columbia, for the year 2011. Once the numbers were released, Bloomberg Businessweek put those numbers into perspective and compared them to the minority population in each state according to the 2010 Census.

See the graph below for a look at some of the states that fell at the bottom of the pack when it came to offering opportunities for minority business owners. 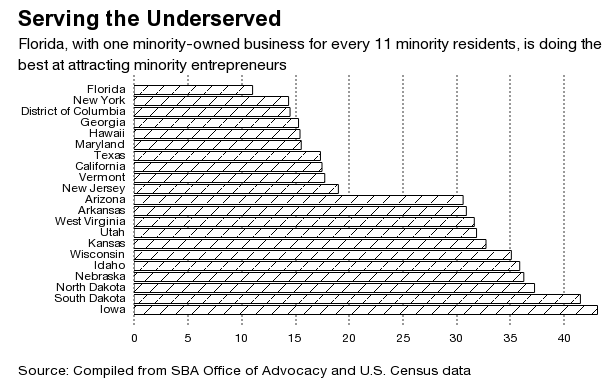