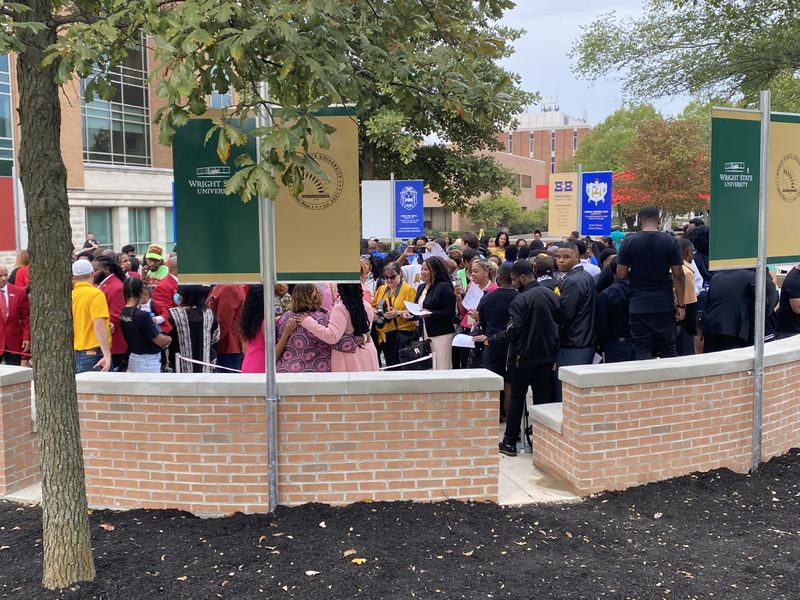 Although Wright State University is a predominantly white institution (PWI), with people of color making up 21.6% of the student body, the Dayton, Ohio-based school has unveiled a new plaza on campus that honors Black fraternities and sororities.

Wright State University had previously announced the National Pan-Hellenic Council Memorial Plots, also known as the Wright State University NPHC Plot Project. “At Wright State University, we foster a welcoming, inclusive campus culture that provides students with opportunities to expand their knowledge and prepares them to become part of an ever-changing global workforce. We celebrate the diversity of our student population and the richness it brings to our campus and surrounding communities. The Wright State National Pan-Hellenic Council (NPHC) has had active members of all nine historically African-American fraternities and sororities on our campus, providing members with a sense of belonging, an opportunity to develop leadership skills, and an outlet to make a difference in the lives of others. We are proud of the accomplishments and contributions these organizations have made on our campus, in the Dayton region, and throughout the African American community.”

“Having this space means more to us than any of you may ever know,” Adrian Williams, the former Wright State student body president and member of Kappa Alpha Psi, told The Dayton Daily News. “And I look forward to bringing my kids on back to campus one day, many years, down, down the line and showing them this project, I had a role in building and showing them my legacy.”

The National Pan-Hellenic Council, which is also known as the Divine 9, was founded at Howard University back in 1930 as the umbrella organization to house these fraternal organizations.