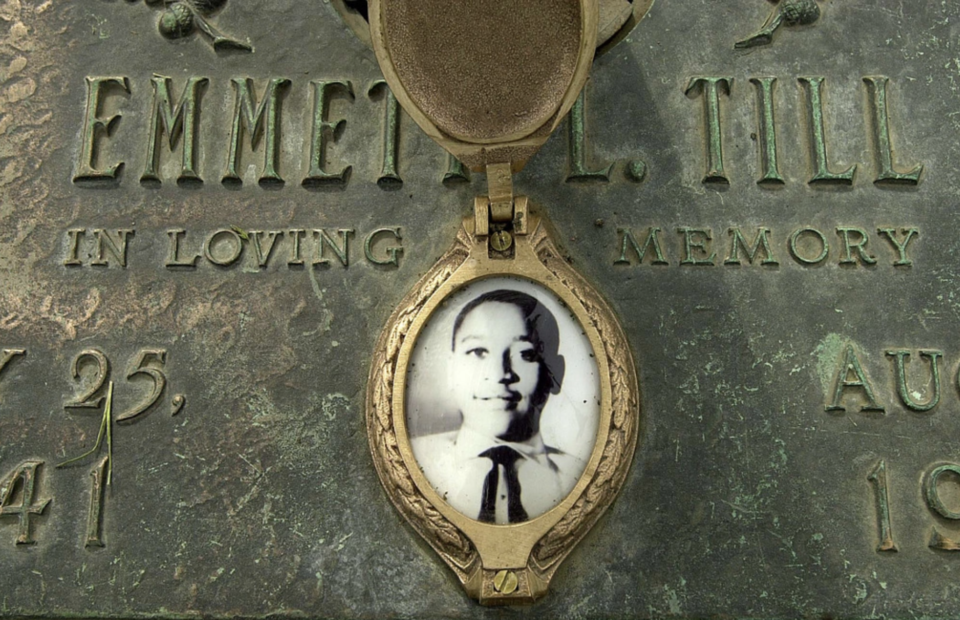 Photo Courtesy of the Sun Times

A white playwright and librettist has created a theatrical production based on the brutal killing of 14-year-old Emmett Till.

Clare Coss is set to premiere “Emmett Till, A New American Opera” at John Jay College’s Gerald W. Lynch Theatre on March 23. An encore performance of the production will follow on March 24.

According to Playbill, the bio for the production “is co-presented by John Jay College, Opera Noire International, The Harlem Chamber Players, and Harlem Arts Alliance.”

The play will audaciously tell Till’s story through the eyes of a fictional white high school teacher in Mississippi, Roanne Taylor. Roanne is portrayed as progressive as the character “is against Jim Crow laws, segregation and the racial inequality.”

The play will chronicle how Roanne feels horrible as she navigates racism, but she keeps her mouth shut.

Coss reportedly felt inspired to turn her play “Emmett, Down In My Heart” into a libretto by her longtime friends Lucille Field (who passed away in September 2021) and Patsy Rogers. The two white composers and singers introduced Coss to Mary D. Watkins (an accomplished Black composer), and the opera was conceived.

Seemingly centering herself, Coss stated that Till’s death significantly impacted her while she was a student at Louisiana State University Baton Rouge campus. She said she felt “compelled” to “keep telling Emmett’s story.”

“Emmett Till was murdered not far upriver from where I was a junior at Louisiana State University in Baton Rouge. No one in my largely white world would talk about what happened. A child brutally tortured and lynched—the breakdown of justice. White supremacy and Jim Crow ruled. Over the years, the pain of Emmett’s murder continued to plague my heart.”

Coss continued, saying, “In 1992, I awoke one morning with a spiritual mandate to write a play about Emmett Till. I approached writing about him through my conviction that this tragedy is shared in the way the tragic history of this country is shared. White people as perpetrators and witnesses of white supremacy have a stake in this story. I want people to understand that it was not so long ago.”

“Emmett Till is in our lifetime. He is in MY lifetime. I want people to understand the grave parallels between the world over 60 years ago to today’s world, from Emmett Till to Trayvon Martin to Daunte Wright. It is still happening, and we must continue to shed light on these stories. I am reminded of Mamie Till-Mobley’s words, ‘The world must see what was done to my son. The world must help me tell the story.’ And so we will.”

Playbill’s posted the announcement on social media on March 7, to the chagrin of Black Twitter.

Emmett Till, A New American Opera, will have its world premiere at @JohnJayCollege. → https://t.co/P3POYyQf02 pic.twitter.com/pDMCE8mgFR

Black folks on Twitter, rightfully, gave Coss the business for even creating “Emmett Till, A New American Opera.”

“journey towards a sense of responsibility”??????????? pic.twitter.com/FGsTP4vYUx

— Part of the Rebel Alliance and a Traitor (@HerRoyalDykness) March 8, 2022

Wait wait wait…She managed to make the murder of a black child about a white woman???

Having 14 y/o Emmett Till played by an adult tenor instead of a boy soprano reinforces the idea that Black kids are somehow older and shouldn’t be treated like children.

Maybe this play should be canceled and the story told through the lens of Black people and not some fictional white woman, especially since we know that his murder was caused by an accusation from a white woman. Beyond ridiculous this was funded.

A play about Emmett Till written by a white woman???? pic.twitter.com/cOXhBQOX1L

And no mention of the word “racism”. Instead they use “racial inequality”.

She touts herself as a “playwright, librettist, and activist.” The 86-year-old artist believes “White people as perpetrators and witnesses of white supremacy have a stake in this story.”

It’s uncertain why she thinks she can tell our stories, but this isn’t a lane any white person should enter– no matter how many Black folks they get to buy in.

Till’s death is synonymous with the very plague that continues to harm Black people. Instead of insisting on telling our stories, maybe progressive white people would fare better centering the atrocities of their people without involving us.