Yo, This 'Yo' App Just Got $1 Million In Funding 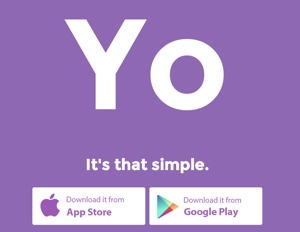 Yo sends the word 'Yo' to anyone on your list of friends, yo.

When Snapchat, Instagram, WhatsApp, and countless other messaging apps exist, how do you differentiate yourself from the pack?

With a new idea, yo.

Yo is the newest social sensation that’s making the rounds in the startup community.

What’s it do? Well, not much. It sends messages with just the word “Yo.” You add your friends’ Yo accounts to your friends list and say “Yo.” They receive a notification on their screen, and they say “Yo” back. That’s it. No typing, no photos, no videos. Just “Yo.”

That’s all it does.

It’s app store description is as confusing as its purpose: “Wanna say ‘good morning’? just Yo.” “Wanna say ‘Baby I’m thinking about you’? – Yo.” “‘I’ve finished my meeting, come by my office’ – Yo.”

The company has raised a cool million in venture capital funding from various sources, including $200,000 from Israeli investor Moshe Hogeg, CEO of Mobli, a photo sharing app similar to Instagram, according to Valleywag. Yo creator, Or Arbel, was previously a developer at Mobli.

Don’t underestimate the popularity of a single word, however. It’s already at number four in Apple’s Top Charts list on the App Store. Most of the reviews are satirical, though, so how long it lasts is entirely up in the air, yo. 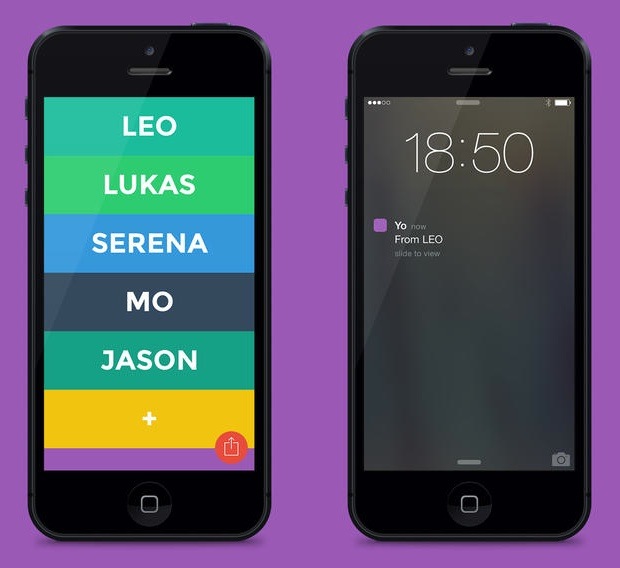