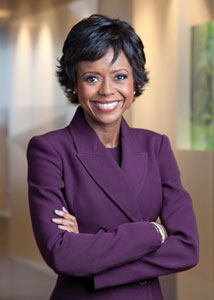 We find ourselves at that time of year again: While many are resolving to lose a few pounds, join a gym, or spend more time with family, financial experts are busily crafting predictions for 2012. Some will bearishly call for Dow 8,000 while a few brave optimists might predict Dow 14,500. The financial news networks are likely to feature certain in-the-know gurus telling viewers to hide in cash while others might advise a play on growth in emerging markets. If you’re hoping to see a laundry list of such forecasts below, I will try to let you down easy. Simply put, I don’t think such short-term guesses are dependable or even helpful.

Since hindsight is 20/20, we can look back at predictions to check how reliable they have been. In his 1998 book Roaring 2000s, best-selling financial author Harry S. Dent Jr. wrote: “We should see a Dow of at least 21,500 and as high as 35,000, as the baby boomers and recent wave of immigrants move into their peak spending years around 2009.â€ Years ago the inimitable financial television host Jim Cramer wrote: “Housing bubble? What housing bubble? The signs are in place for a further run-up in real estate.â€

Then a half-decade later–with the housing bubble rapidly deflating–Federal Reserve Chairman Ben Bernanke announced: “I don’t anticipate any serious problems . . . among the large internationally active banks that make up a very substantial part of our banking system.â€ Ouch! The point is not to pick on Dent, Cramer, and Bernanke, but rather to note that even smart, well-informed people doing their best can be off the mark since the future is far less predictable than we would like. To steer clear of potentially problematic advice, I have a few rules of thumb.

When looking for information about the road ahead, try to uncover the “how,â€ not the “what.â€ In other words, rather than latch on to a specific market call, figure out what data supports the thesis. For instance, how will U.S. stocks fare going forward? I don’t have one number. Rather, I think a two-pronged approach will help uncover the likely direction: What is the long-term return of the asset class, and what do recent returns suggest? Over the past 85 years, stocks have gained, on average, 10% annually. While stocks have gained 9% annually for the past quarter century, the last decade has produced poor performance: stocks have averaged only 3%. Many simply assume that the pain will continue, but reversion to the mean–which holds that after periods of extremity markets tend to go back toward trend–says the opposite. The market is more likely to see double-digit returns over the next decade or so rather than single-digit growth or especially a negative return.