Has This Black Sports Journalist Proven He Is The Undefeated? 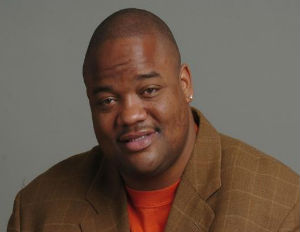 The site is set to launch this summer and the landing page has been live since February 12.Â  The name, The Undefeated, is inspired by a passage from Maya Angelou, according to ESPN. They quote the activist: “You may encounter many defeats, but you must not be defeated.â€

Whitlock and Barnett have both proven to be undefeated in their respective industries. Barnett has silently bounced from several high profile roles in publishing but she manages to always land on her feet.Â  She left her post as editor-in-chief at Ebony in a sudden move that seemed to have taken staff by surprise, according to Richard Prince in an article for the Maynard Institute last April.

Prior to that, Barnett held the role of deputy editor-in-chief atÂ Harper’s Bazaar, managing editor ofÂ Teen People and she cut her chops first as editor-in-chief ofÂ Honey magazine, which was launched by another former ESPN executive Keith Clinkscales.

“We continue to attract highly-acclaimed editors that bring a wealth of knowledge and expertise to the ESPN Digital & Print Media team, and Amy is a prime example,â€ said Patrick Stiegman, vice president and editorial director, ESPN Digital & Print Media in a statement in August.Â  “She and Jason are building a tremendous team that will speak to, entertain, inform and serve African-American audiences about sports and culture.â€
This second incarnation of Whitlock at ESPN may show his inability to be defeated as well.Â  TheÂ  fact that WhitlockÂ  has returned to ESPN is proof alone that anyone can make a comeback. In aÂ  2006 post at WTFDetroit , Whitlock announced his departure from ESPN, “The World Wide Leader dumped me Monday afternoon because of critical comments I made about Mike Lupica and Scoop Jackson in a blog interview that ran on Friday. You can read the interview atÂ www.thebiglead.com,â€ Whitlock wrote.
In 2013, after serving as a sports columnist for Fox Sports, Whitlock told USA Today, ‘I met John Skipper (ESPN president). I fell in love with John Skipper, and I’m coming back to ESPN.’

According to an article in Capital in February 2015,Â  Whitlock Â critics perceive him as pandering to white readers.â€ Whitlock is quoted as saying “When you’re working for a white platform,â€ (such as Fox Sports or the Kansas City Star, which hired Whitlock as a columnist in 1994), “people interpret what you write differently,â€ he said. “When you’re working for a black platform, they hear criticism and questioning as tough love, as opposed to, ‘Oh, you’re saying that for the benefit of white people.’â€

The Capital article points out that Whitlock fell out of grace with many blacks when he criticized hip-hop artists 50 Cents and Snoop Dogg instead of Don Imus after Imus’ racial slur toward the Rutgers women’s basketball team.

Although Whitlock may be chanting another passage from Angelou, “Still I Rise,â€ some African Americans are not thrilled about ESPN’s choice to have Whitlock lead The UndefeatedÂ  site.
“(The Undefeated) is a great concept… (but) they gave it to the absolute positively wrong person,â€ says a senior sports journalist who shall remain nameless. Â The source went on to say that Â Whitlock is “a guy who spent his entire career tearing down black athletes, black sports writers and playing black audiences for a fool.â€
What do you say Black America? Is Whitlock your choice for ESPN’s The Undefeated?