Young Chef Brings Taste of Ethiopia to the Diaspora 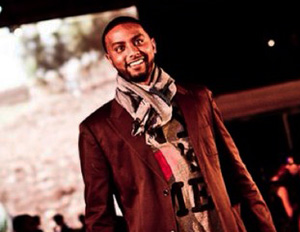 The It Factor: Hiyaw Gebreyohannes, 31, is the owner of Taste of Ethiopia, a prepared food business that aims to bring traditional Ethiopian cuisine to kitchen tables across the country. In less than a year, Gebreyohannes has managed to secure distribution deals with major retail outlets in New York City including Whole Foods, Foragers City Grocer, and Fairway Park Slope Food Co-op. Today, Taste of Ethiopia sells to more than 15 stores across the city and are expecting sales totaling more $200,000.

The ‘Aha’ Moment: Born in Djibouti, and raised in Toronto, Canada, Gebreyohannes is no stranger to the food business. His mother started a small chain of family restaurants in Michigan and Canada that dish out traditional Ethiopian meals. One day, at his mother’s restaurant in Michigan, Gebreyohannes realized how quickly orders were moving. Immediately an idea was sparked. “I turned to my mother and said, ‘Mom, why don’t we just package the food?’â€

Gebreyohannes says he realized that if people were coming to his family’s restaurants so often, there was a good chance that those same people would not mind picking up a package at their local grocery store. In fact, some might even prefer it. ” People don’t have time to wine and dine. Sometimes you just want to go straight home to a good meal. I had a hunch, so I piloted the idea in Michigan and it did extremely well.â€ Five months later, Gebreyohannes was New York bound. “I figured if it did well in Michigan, which is very much a steak and potatoes kind of place, then it would do well in New York. I felt ready to expand.â€

The Motto: “My goal is to be authentic,â€ Gebreyohannes says. “It’s something that I learned from my mother, a woman who never went to school but has a natural sense of business. She taught me that you don’t have to have a big restaurant or tons of money to deliver quality service. The mom-and-pop feeling should never be sacrificed for [a] dollar amount.â€

Quality Control: “I adopt a ‘small-batch philosophy,’â€ Gebreyohannes adds. He believes that food entrepreneurs shouldn’t just focus on the number of orders acquired but whether each item can deliver the same level of quality. “There is a danger when you beef up production. You don’t want to get to a point where you have to water down the quality of your product. Making sure I always produce items in small batches helps to maintain a delicate balanceâ€ adds Gebreyohannes.

The Power Play: Although Gebreyohannes has plenty of experience working in the food industry, taking advantage of business development opportunities was extremely important to him. “I developed a business plan and looked into how ethnic food businesses have strategized their growth. Marketing unfamiliar cuisine, at first, can be difficult, so I was determined to soak up as much information as possible.â€

Aligning his business with the city’s first ever incubator food startup program not only allowed Gebreyohannes to land marketing support; It helped Taste of Ethiopia nab a spot at the Summer Fancy Food Show. The exclusive trade show gives food entrepreneurs a chance to have their products sampled by specialty buyers across the country. “I think what has helped my business grow is the fact that I am helping introduce something completely new… I want to help bring Ethiopian food into your house and make you feel like it’s something your grandmother just made.â€