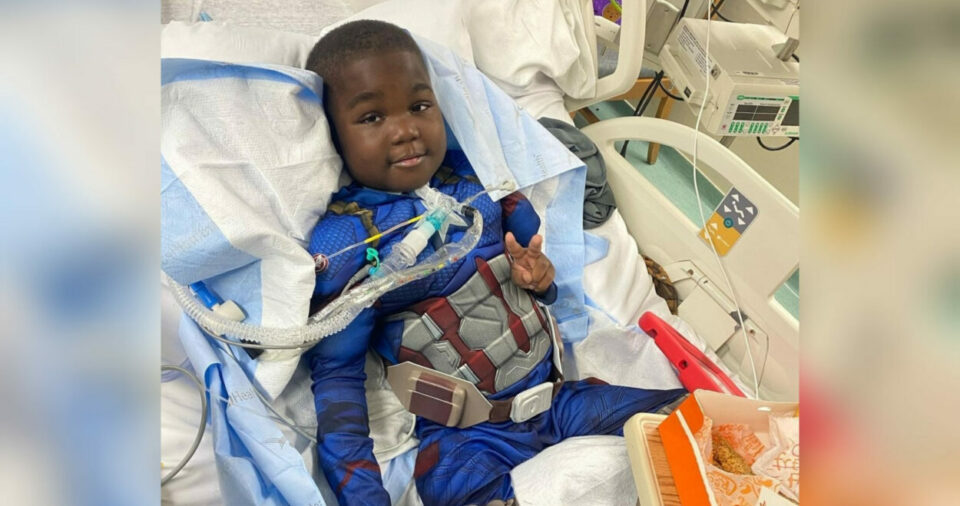 Antwain Fowler, the six-year-old who made his way into the hearts of over 600,000 Instagram followers with the simple question, “Where we about to eat at?” succumbed to his lifelong medical battle over the weekend.

TMZ confirmed the news on Sunday after Fowler’s mother China posted a message on his IG page that read, “Never in a million years My heart is out my chest.” She accompanied the post with the caption, “The pain in my heart is like no other Why God!!!”

According to a GoFundMe page set up by his family, Fowler was diagnosed with Auto-immune Enteropathy in July 2015. By April of this year, when the donation page was created, he had undergone 25 surgeries and been hospitalized countless times.

“The first four years of Antwain’s life was an everlasting fight and very crucial experience for his family,” organizer Christina B. wrote in the fundraiser’s description. “Through unlimited prayers, faith, and doctors working around the clock, Antwain is progressively healing; and truly grateful for all that he’s accomplished thus far.”

The family was trying to raise $50,000 for treatments to help Fowler rebuild his muscle mass. Since news of his death broke on Sunday afternoon, more than 500 people have made new contributions to the page, bringing the total donated to almost $65,500 at press time.

On Monday, Fowler’s mother posted a longer tribute to her son.

To date, the video that brought Fowler into the public light has been viewed over 24.5 million times on his YouTube page alone.

Following the clip’s viral popularity, Fowler and his mom began posting their take on popular food-related social media challenges to the video platform. In November of last year, he received a silver plaque commemorating the milestone of 100,000 YouTube subscribers.