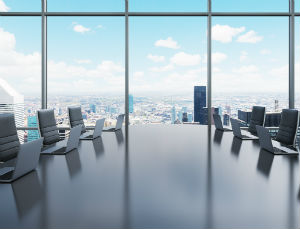 Aylwin Lewis, the chairman, CEO, and president of Potbelly Sandwich Works, has been serving as a member of the Board of Directors of The Walt Disney Co. since 2004. The Texas native boasts more than 30 years of experience in the restaurant and retail industry. He was placed in several high-level executive positions at Yum Brands Inc. before being named as CEO and president ofÂ Sears Holdings Corp. During his timeÂ as the president and CEO ofÂ Kmart (which merged with Sears in 2005), Lewis was esteemed as the highest-ranking African American executive in the U.S. retail industry.

James I. Cash Jr., Founder of The Cash Catalyst L.L.C.

James I. Cash began serving as a member of the Walmart Board of Directors in 2006, before later being appointed as the retail giant’s lead independent board director in 2013. There, he sits on the Audit Committee and the Technology and eCommerce Committee. Cash, a Texas native who was born as the son of a railroad mechanic and a teacher, provides management development and consulting services through The Cash Catalyst L.L.C., which he launched in 2009.