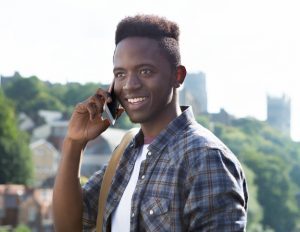 For someone who loves traveling as much as I do, you would think I’d do more of it! Well, perhaps someday. In the meantime, I enjoy encouraging my children and others to do it. There’s no real education like the one you get traveling and even living abroad, immersing yourself in a foreign culture and, if you’re lucky, learning a new language.

That’s why I periodically check out what’s going on at the website of Diversity Abroad. I’ve interviewed Andrew Gordon, the founder and CEO, before. Gordon has taken his passion for travel and overseas study and created his own organization, which exists to help match students, especially students of color, with opportunities abroad, including graduate school and career opportunities.

On his site, an article examines the best places to study abroad in 2017, which are listed below:

I’ve been to Costa Rica and the Netherlands, so maybe I’m not doing too badly!

At Diversity Abroad, we celebrate diversity of cultures, languages, and perspectives. With that in mind, there are many great countries to see around the world that vary inÂ affordability, proximity to home (the U.S. specifically), and cross-cultural experiences. Here is our list of 10 study abroad destinations that’ll make you want to #UnlockYourPassport in the #newyear to celebrate a #newyou.

Brazil’s history of indigenous people, European imperialism, slavery, and immigration from many countries has created a people that come in a variety of shades. From the economically distressed favelas to theÂ Brazilian Beverly Hills, the streets of Brazil are just as diverse and complex as its people. Brazil’s multicultural heritage is also evident in its unique and vibrant music, dance, food, and festivals. In fact, Brazilian traditions, like the samba and its Carnival celebration, are known worldwide.

Want to know more? Check out Yonatan‘s story! As a neuroscience major at The Ohio State University, he tells us about his experience studying abroad in Brazil.