10 Signs You're About to Be Fired 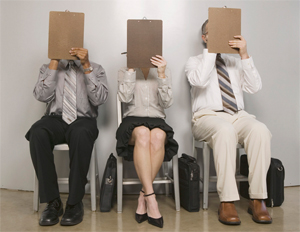 No one likes to think of the dreaded possibility of suddenly being without a job. But the great thing about being prepared is you won’t be blindsided in the case that it does happen. Firings and layoffs are a common part of doing business as companies cut budgets, innovate structures, merge with others or simply tank. Heed the warning signs so that you’re able to handle it if the day comes:

1. Your position was created for you or labeled a “trial position.â€

Beware of positions that never existed before your employment. Smaller companies and non-profits are big fans of employees who can easily transition between departments and know a little bit of everything, but it can become tricky when your responsibilities aren’t complimentary.Â  I once had a co-worker whose job title grew longer and longer because she believed she could make herself stand out by doing a whole lot of everything.Â  Management allowed her to take on a number of responsibilities to see if someone could successfully manage two very different positions at the same time.Â  She took the shovel and quickly buried herself and burned herself out.

There’s a reason why someone is rarely an “Administrative Assistant/Office Manager/Grant Writer/Program Director.â€ Inevitably deadlines will conflict and instead of doing one job well, you’ll end up doing a lot of jobs incompetently.Â  Trial positions are just that: an experiment.Â  If management sees it’s not working, soon you won’t be either.