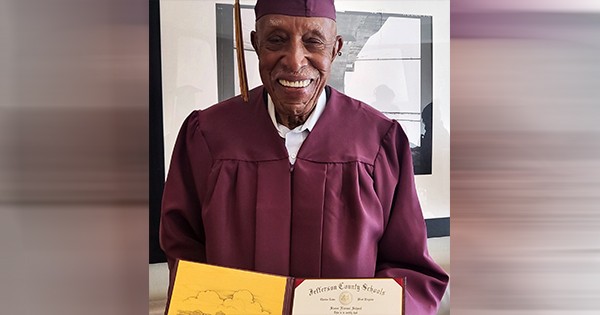 From 1934 to 1938, Cooper was a student at Storer College in Harpers Ferry, W. Va., a school that admits newly freed slaves during the Civil War. He studied Latin, biology, history, English, and mathematics.

However, he was forced to drop out during his senior year when his family had to move to Philadelphia due to financial reasons.

Over the years, he accomplished a career in the transportation industry. But he still has some regret over not getting his diploma. He told his family about it when he visited the school, which is now part of the Harpers Ferry National Historical Park, in 2018.

His family supported his dream and reached out to the school to make it happen. Finally, he was honored with a special ceremony and diploma on Mar. 19.

“For Mr. Cooper, that meant receiving a high school diploma. We are honored to help make that dream a reality.”