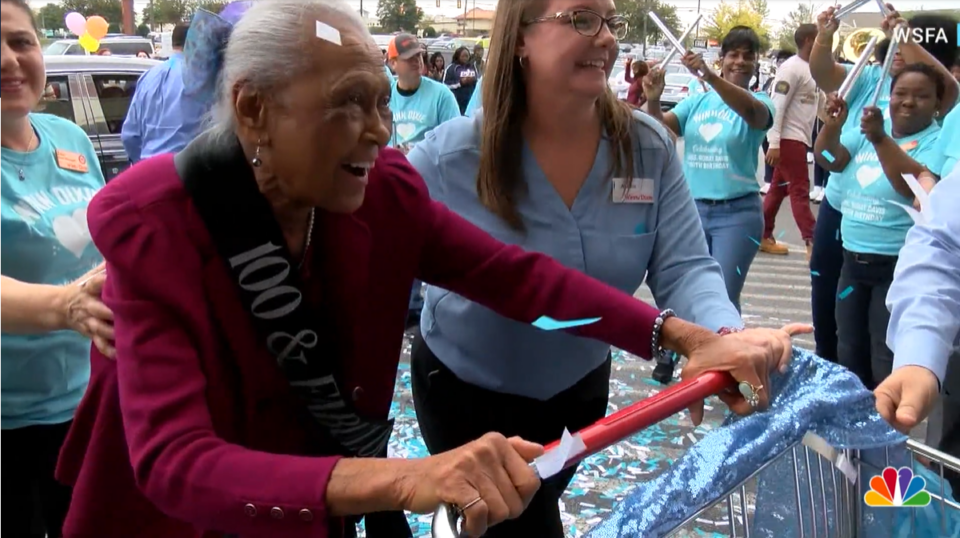 A Montgomery woman, one of the commendable “Six-Triple Eight” in the 6888th Central Postal Directory Battalion, was awarded the Congressional Gold Medal for her service during World War II.

Romay Davis, 102, is the recipient of the highest civilian honor in the nation, Fox 10 reported. Her trailblazing contributions to the first and only all-Black Women’s Army Corps unit will be immortalized by Congress and beyond.

Davis was recognized at an event at Montgomery City Hall in Alabama, where she was bestowed with the medal citation and a wartime uniform.

“I think it’s an exciting event, and it’s something for families to remember,” Davis said. “It isn’t mine, just mine. No. It’s everybody’s.”

Davis, and five other surviving members of the iconic battalion, will also receive medals and commemoration events given their advanced years.

Davis and her ambitious unit led the charge in solving the military’s postal problems despite the racial and gender discrimination they often faced.

In 1945, the Six-Triple Eight sailed to Britain, where they had the special task of sorting through millions of backlogged pieces of mail intended for members of the U.S. military, U.S. government personnel, and Red Cross workers, BLACK ENTERPRISE previously reported.

In 1943, Davis followed in her brothers’ footsteps and enlisted in the Army. She became part of the Women’s Army Corps, created by President Franklin D. Roosevelt that same year.

The unit worked three shifts a day, seven days a week, under grimy conditions at the warehouses to achieve the goal — all under the motto of “No Mail, Low Morale.”

“We all had to be broken in, so to speak, to do what had to be done,” said Davis, who mainly worked as a motor pool driver, per AP. “The mail situation was in such horrid shape they didn’t think the girls could do it. But they proved a point.”

After leaving the war, Davis created a life for herself in New York, where she married and dedicated 30 years to the fashion industry.

She retired to Alabama and still managed to keep active. In her late 70s, she earned a martial arts black belt and worked at a grocery store in Montgomery for more than 20 years until she was 101.