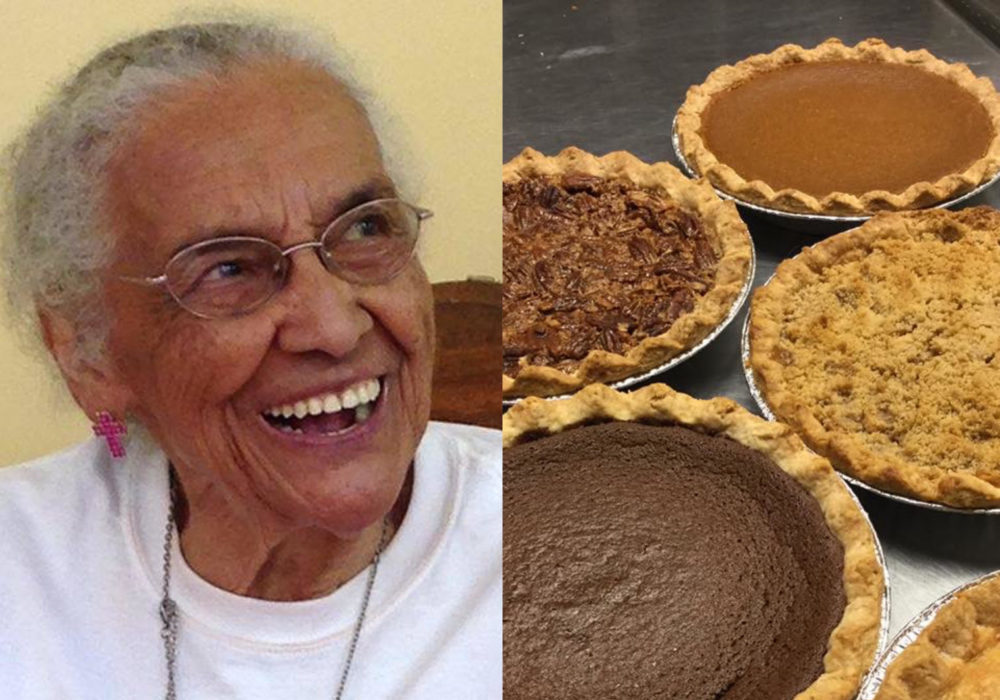 Woodruff’s Café & Pie Shop first opened in 1952 and its founder, 103-year-old Mary Woodruff, still helps run the business. In the 1950s, she and her husband, James, constructed the building and then lived in the apartment upstairs while operating the café in the space below, according to Today.com. After three decades of operation, the shop briefly closed in 1982 until Woodruff’s daughter, Angela Scott, reopened the eatery with her husband in 1998.

“I just really do think it was a God thing. It was the legacy that I wanted to carry on. This is what I’m supposed to do,” said Scott.

Scott, who now runs the Monroe, VA-based shop alongside her mother and two sisters, Darnelle and Darnette, remembers spending a lot of time in the café when she was a small child. “My mom had a little playpen and she’d keep me in here while she was running the business,” she said.

When the shop initially reopened, business was very slow. “It was off the beaten path. It had been closed for so many years. There were days that we didn’t have a customer, maybe one or two,” the business owner admitted. “But Mama just kept going, ‘Angie, you gotta have faith, it’s gonna be fine.’ I think if it hadn’t been for her, I probably would’ve closed.”

That’s when Scott decided to start selling pies from her grandmother’s recipe. Business started booming. She estimates the shop sells an estimated 75 pies (all of which are handmade daily) on any given Saturday.