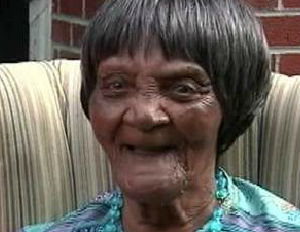 A South Carolina woman has gone 108 years without casting a vote in a presidential election.

Joanna Jenkins, who was born in 1904 before women had the right to vote, will cast her first vote in the upcoming election for President Obama.

Jenkins, who doesn’t have a state issued government ID, is unable to read and write and received help from the local election board with her wish.