13 Ways Shy or Introverted Entrepreneurs Can Network Like Naturals 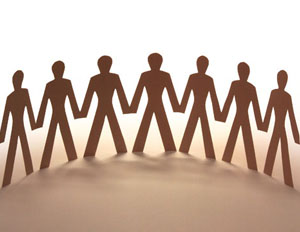 Entrepreneurs are expected to be bubbly, outgoing individuals. They have extrovert personalities, love to be in large crowds, networking their way from one deal to the next. Truth be told introverts make for some of the most successful entrepreneurs. Case in point Bill Gates, and Mark Zuckerberg. Introverts may be considered shy and quiet, even anti-social.

Of course, being shy for fear of social judgment is not the same as preferring small groups of people or enjoying being with oneself reading, writing, and thinking. Being shy or being an introvert can have its benefits. Effective listening is the most important skill any entrepreneur could have and it’s a talent that comes very naturally to individuals who are shy.

To find out how naturally shy or introverted entrepreneurs can step up their networking game, BlackEnterprise.com sought out members of theÂ Young Entrepreneur Council (YEC), an invite-only organization comprised of the world’s most promising young entrepreneurs. In partnership with Citi, YEC recently launched BusinessCollective, a free virtual mentorship program that helps millions of entrepreneurs start and grow businesses.

If you consider yourself a shy entrepreneur, here are some ways you can cultivate your strengths.

1. Meet with people one-on-one. Networking doesn’t have to happen at a noisy cocktail party. A one-on-one cup of coffee, phone call or Skype can work even better. As natural listeners and passionate people, introverts flourish in these situations. To set up such a meeting, all it takes is drafting a short note, mentioning a point of connection and asking for a few minutes. Personal introductions can be a big help.

3. Turn Networking into a process like anything else. Take networking out of networking by instead looking at it from a process perspective. Put together the best practices and a step-by-step set of instructions. Include who you want to meet, what you want to get out of it, and a process for making introductions. Follow that process at every networking event and adjust as needed to improve results.

4. Attend events during “introvert’s hour.” As someone who hosts monthly networking events for 400+ people, I use the term “Introvert’s Hour” because I tend to find that the best time for introverts to come to an event is during the first hour, when the crowd is less dense and people are actively seeking out connections and new interactions. It’s easier to engage without feeling that your energy is being overly depleted during that time.

5. Bring a wingman/woman. Some people are just social butterflies. If someone you know fits that mold (preferably from your company), bring them along. If your companion is helpful, you’ll quickly find yourself in a group conversation where people are coming to you.