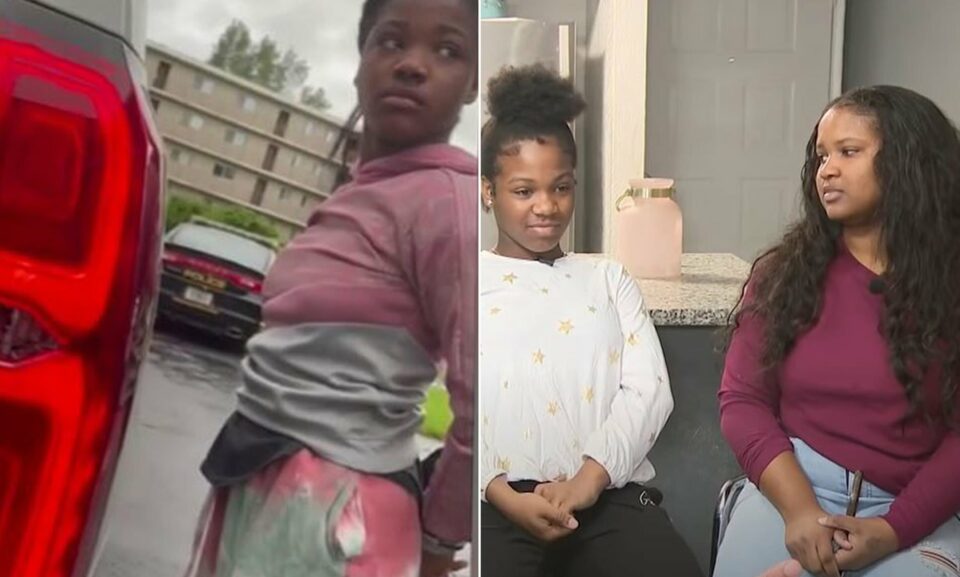 Nia Whims, a 13-year-old from Florida, was arrested for 14 days over a false accusation of making threats of violence against her school in November 2021.

“At first, I felt really lost about the situation. It was a terrifying experience,” Whims told ABC News Live Prime in an interview Tuesday.

Whims was detained after a fellow student impersonated her on Instagram and made threats against Renaissance Charter School. According to a press release, the Pembroke Pines Police Department confirmed that the student was charged and arrested after further investigation, thanks to the cooperation of Whims’ mother, Lezlie-Ann Davis.

The investigation found headway after police requested a subpoena for the IP addresses linked to the threatening messages. Police discovered that the other student had created email addresses and Instagram accounts using Whims’ name, then made threats against students and staff at the Charter School.

“Nobody looked into what damage it did,” Davis told the news outlet. “Emotionally, mentally, you know, and she’s still growing. She’s young and she’s growing. So as adults, a lot of things in our past affect us and I think it’s something that will affect her.”

In response, Whims and her family have announced that they are filing a lawsuit against several parties responsible for the defamatory incident, including the school, Instagram, and its parent company, Meta. The lawsuit alleges that the defendants violated Whims’ civil rights and intentionally inflicted emotional distress.

According to Davis, her daughter suffered so much from bullying at school that she had to pull her out of school days before the November arrest. The complaint alleges that the school “failed to investigate or otherwise respond” after the bullying incident was reported.

The suit also makes a claim of Instagram’s negligence for allowing the other student to create fake accounts with the intent to impersonate Whims.

In addition, the Whims family intends to sue the Pembroke Pines Police Department.

Whims’ family is seeking a minimum of $30,000 as well as costs and attorney’s fees, ABC reports.

“When it comes to our children, law enforcement and our school officials must make sure they do their homework before they put our kids in handcuffs,” Marwan Porter, the family’s attorney, told ABC News Live.

“And we know that, yes, there has been situations that have ended in tragedy where these types of threats need to be taken seriously,” Porter added. “But it cannot come at the expense of our children.”