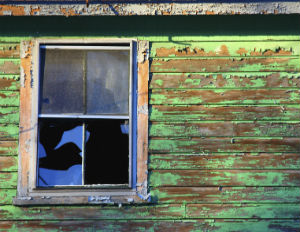 Fact 4. Americans who did not attend college form a larger share of those who live below the poverty line.

On average, more education reduces the likelihood that you’ll live in poverty. As shown in the graph below, the poorest Americans–with incomes below 100% of the federal poverty line, or below $24,000 for a family of four–are typically much less educated as measured by the highest educational attainment within the household. Fully one-fifth never finished high school, and more than half have a high school diploma or less.

Those with household incomes between 100% and 299% of the federal poverty line, or annual incomes between $24,000 and roughly $72,000 for a family of four, are much more educated: Roughly four in 10 have completed at least an associate degree, and only about one-third of them have a high school diploma or less.

Among households earning 300% of the federal poverty line or more, more than 90% have at least some college education.

Workers lacking college degrees today are much more likely to be employed in low-wage, low-skilled occupations than were such workers in the past. For example, the share of working-age men without high school diplomas who were employed as operators and laborers–with median earnings of $25,500 in 2013–fell from 40% in 1990 to 34% in 2013.

Meanwhile, the share working in food, cleaning, and grounds-keeping occupations–whose median earnings were $20,400 in 2013–almost doubled, from 11% to 21%. Increasing your education is a good way to increase your earnings. The decline in median earnings over the past three decades would be nearly erased if one-tenth of the men without a college degree were to obtain one.

What you study in college is also an important predictor of lifetime earnings. For the median graduate, total lifetime earnings range from close to $800,000 to more than $2 million, depending on the major.

Although there is substantial variation in earnings within majors, those that emphasize quantitative skills–such as engineering, computer science, economics, and finance–tend on average to have graduates with the highest lifetime earnings, while majors that train students to work with children or provide counseling services–such as early childhood education, elementary education, and social work–tend to have graduates with lower lifetime earnings.

There is compelling evidence that effective teachers in early childhood impart large gains to society through their students’ subsequent gains in earnings and other life outcomes. If low pay for teachers in early education dissuades potentially impactful workers from going into the field in the first place, the result could be costly to society in the long run. 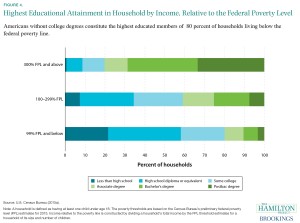