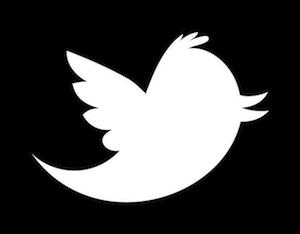 If you didn’t know anything about Black Twitter until this very moment, please know that it is a real thing.

How impactful is Black Twitter? A research group from the University of Southern California attempted to bottle the cultural and social media phenomenon, and place it under the looking glass for pop culture analyzation. Created by the Media Impact Project, which serves as a global hub for finding, developing and distributing the “smartest” approaches for measuring the impact of media, the group has released information collected on Black Twitter.

In fact, they have superseded all other reports on what Black Twitter is and have ushered in their own definition. “Black Twitter is a dynamic, open-ended, socio-technical phenomenon. Black Twitter exists as a fluctuating collective rather than a clearly defined ‘community,’ although some Twitter users that identify as Black racially (or in other ways) also identify as a member. Black Twitter manifests through discussion and interactions among individuals and groups as well as the political, cultural, and media events that resonate with these users’ collective interests and experiences. As a result, newcomers to Twitter are occasionally surprised to find that the system can have a profoundly Black feeling to it.”

DSAIL, or USC’s Data Science at the Annenberg Innovation Lab, has taken the nuisances loved and loathed by Black Twitter and conducted extensive research to help marketers, businesses, and the like to crack the code at what makes Black Twitter so successful, socially. Such interest made those in the Black Twitterati skeptical and felt like lab rats. So, in Black Twitter fashion, the most vocal of the group turned the tables on the USC scientists and let loose some vitriol in the form of #BlackTwitterStudyResults that’s sure to piss them off royally.

Check out reaction tweets in the gallery on the next pages …