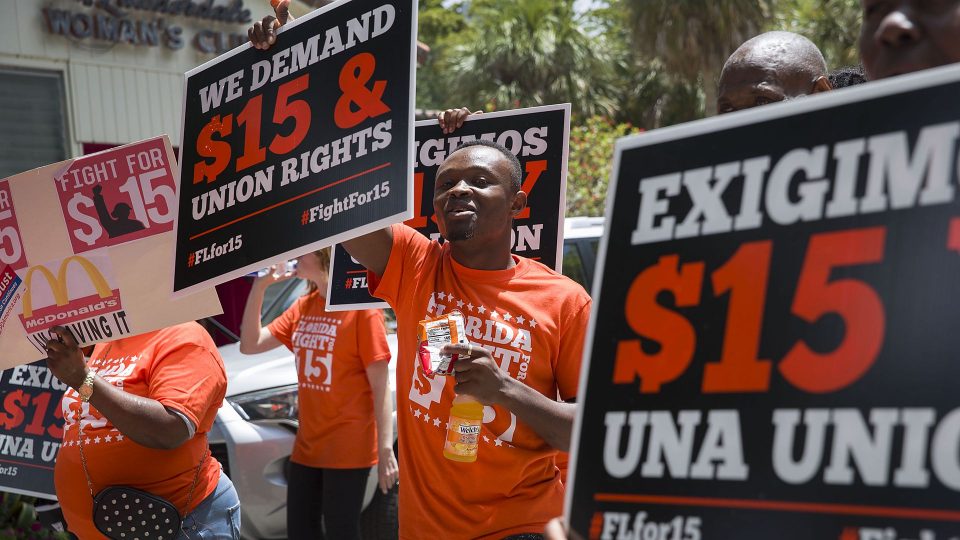 A federal $15 minimum wage increase is getting closer to a reality after Georgia’s two Democratic Senate candidates defeated their opponents.

Incoming Senator Jon Ossoff, who defeated David Perdue in their Senate runoff Tuesday, tweeted his support for a federal $15 minimum wage increase last month. Ossoff’s win, combined with Rev. Raphael Warnock‘s win, has led to a 50-50 split in the Senate.

We can raise the minimum wage to $15.

But we have to win the Senate.

With President-elect Joe Biden entering the White House in 12 days and the House of Representatives being controlled by Democrats, a federal minimum wage increase has its best chance of passing in years.

Currently, California, Connecticut, Illinois, Maryland, Massachusetts, New Jersey, New York, Virginia and Washington, D.C. all have a $15 minimum wage. However, the federal minimum wage is just $7.25 an hour and any increase is likely to meet resistance from Republicans.

Progressive Democrats including Sen. Bernie Sanders (I-VT) said the Senate runoffs were paramount to getting the minimum wage increase and expanding healthcare. Sen. Elizabeth Warren (D-MA) have pushed for a federal minimum increase for several years. Supporters of the minimum wage increase say the coronavirus pandemic has only made it more important.
“It’s absolutely a priority,” Mark Hamrick, a senior economic analyst at Bankrate, told CNBC Wednesday.
The current $7.25 minimum wage hasn’t been raised since 2009 and amounts to a $15,080 yearly salary. According to the National Low Income Housing Coalition’s Out of Reach report, the federal minimum wage  is not enough to rent a two bedroom apartment in any state in the U.S.
The minimum wage affects low-wage workers across the country who typically have to work more than one job and typically have to do some serious financial maneuvering, including sacrificing medical care, food, and public transportation just to afford a place to live.
The coronavirus pandemic has only made things worse as it’s closed many minimum wage jobs. As a result millions of Americans are months behind on rent. With Democrats controlling the government, more intervention could be on the way in the form of rent and mortgage relief.