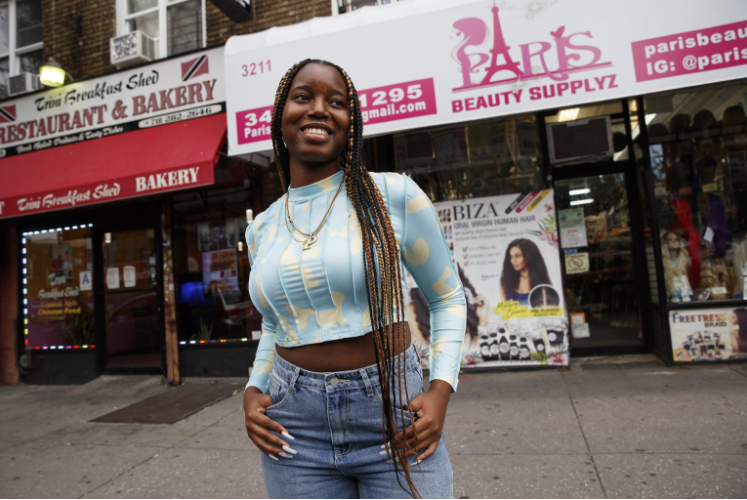 Not many 16-year-olds can say that they have a successful business under their belts, let alone two. Yet, that’s exactly what Paris Mckenzie is doing. This young lady is currently juggling a beauty supply store and a salon while tackling her education. What’s even better is that this is far from the end of her journey.

It might not seem strange for Paris to open a beauty supply store when you know her history. According to her interviews, her mother opened a salon a few months after giving birth to her. As a result, Paris grew up helping around the store. From as early as the age of 10, she’d mastered cleaning the barber tools, wiping down the salon chairs, and shampooing the clients’ hair. Within a couple of years, her mother was asking her to color and install wigs, according to a press release.

This start at the salon led to her working with clients when she wasn’t in school. Paris notes that she saved all the money she earned because she had no responsibilities to take care of. Since this money would be integral to the next step in her life, it’s a good thing that she did.

The inspiration behind her business

Even as a child, Paris noted certain issues for the Black women in her community. When they were searching for the hair products they needed, they often had to travel far from home to find them. Additionally, shopping wasn’t usually a pleasant experience because African American women tend to be under higher surveillance in beauty supply stores. Since they felt rushed, it was unlikely that they’d spend the time necessary for finding exactly what suited them.

When the space beside her mother’s salon became available, it offered an opportunity for Paris to make a difference in her community. Though the store was originally offered to her mother, the entrepreneurial young woman used her savings to lease the space. That’s how Paris Beauty Supplyz was born in the summer of 2020.

Paris is the first to admit that running a business wasn’t in her original plans. As she grew in her role as a business owner, however, another opportunity opened up.

The building that her mother occupied had three stories but only two of them were being used. Since her mother had no plans for the top floor, Paris decided to open her own salon – La Eiffel Beauty Bar. While she loves her supply store, she calls the salon her “baby” because of how much work she put into it to add a personal touch.

She’s not sure if she’ll expand further but there’s still a lot of time to find out the other ways, she can help the Black people in her community and abroad.

Her plans for the future

Though she’s doing well as a businesswoman, her first love has always been medicine. Originally, her aim was to work in orthopedic pediatric surgery. Even while working at her mother’s salon, she was taking her high school classes as well as a few college courses. When she graduated early, she immediately jumped into choosing the right college to continue on her path in medicine.

Before she went to college, however, she made sure to put systems in place that allowed the stores to run well in her absence.

Once she established her businesses, Paris changed her major to focus on nursing as she realized that this occupation was a better fit for her. She’s looking forward to serving others in multiple ways.

More than anything, Paris would like other Black girls and women to know that they can achieve their goals too. It has taken a lot of hard work and dedication on her part to get to where she is so she hasn’t shied away from showing that too. She wants people to look at her story and realize what’s possible.