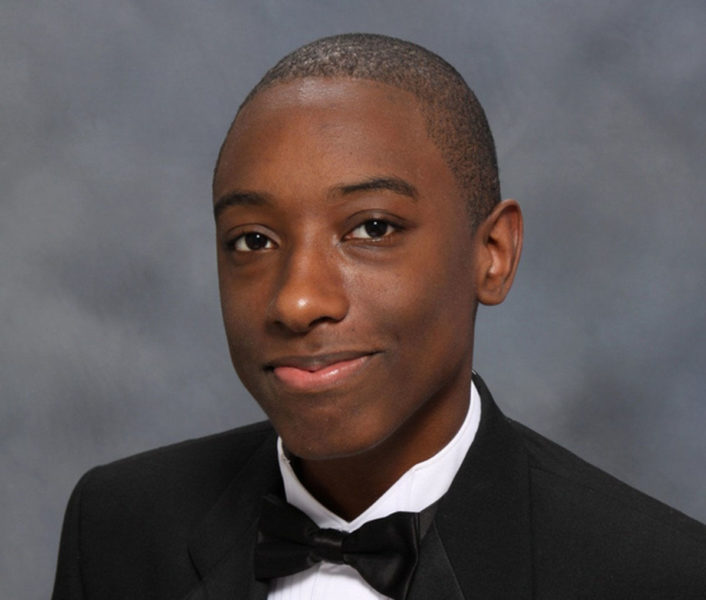 Malachi Jones, the 17-year-old wunderkind who is heading to Columbia University this fall, has been awarded a Gold Medal Portfolio, the highest honor of the 2018 Scholastic Art & Writing Awards presented by the nonprofit Alliance for Young Artists & Writers.

The high school senior, who attends the Charleston County School of the Arts in Charleston, South Carolina, says he greeted the news, which he received by phone, with a “loud silence.”

“I felt like a siren was going off inside my head, but I was speechless,” Malachi is quoted as saying in a Charleston Chronicle article. “I had been submitting work to Scholastic since 7th grade, so it is insane to me to think an audience outside my family and peers wants to read and appreciate my work.”

Malachi has joined a prestigious group of former youth winners, now all household names, including Truman Capote, Sylvia Plath, Joyce Carol Oates, and Stephen King, according to the Post and Courier website.

None of them, however, have grappled in their writing with the constraints of race in the arresting way Malachi has.

According to the Post and Courier, Malachi has rejected the trope of the stereotypical black man and instead chosen to forge his own way of being black in the world.

The article states, “Jones’s award-winning work—a collection of lyric essays and free-verse poems—revolves around his experience as a black teenager struggling with and finally coming to terms with his identity.

“In a poem titled ‘Pantoum for my Mother,’ Jones writes, ‘Stripped of my blackness, / uprooted by judgement. / I was never dark enough for you / or for the ones who called me whitewashed.’

“It’s about the questions and judgment he endures from both his white and black peers for not fitting the stereotypical ‘formula of a black male.'”

According to the Poetry Foundation, a pantoum is a Malaysian verse form.

I think it was President Barack Obama who said there is no one authentic way to be black. I’m delighted that Malachi has found this out at such a young age.

Malachi’s creative writing instructor, Francis Hammes, told me in an email, “I do not make this comment lightly, but having taught Malachi for the past seven years, he reminds me, in no uncertain terms, of Ta-Nehisi Coates and the late James Baldwin. Fearlessly facing down his own life and honestly, even presciently, addressing the real and present issues that face us, as Americans, today.”

Of his instructors Malachi says, “My creative writing teachers taught me that there’s power in everyone’s voice and the avenues in writing that convey that power.”

In a statement, the Alliance for Young Writers & Artists said that this year’s submissions broke records:

“Within the Awards’ 29 categories—which include poetry, photography, sculpture, humor, editorial cartoons, and video game design—a record-breaking 346,000 works of art and writing were submitted for adjudication at the regional level this year.”

For more, visit the Alliance for Young Writers & Artists website.