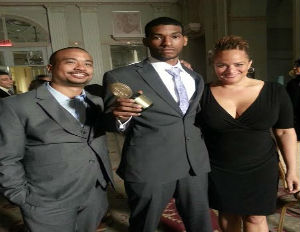 The National Black Programming Consortium documentary series 180 Days: A Year Inside an American High School is the proud winner of a 2014 Peabody Award.

The documentary which aired last year on PBS and was directed by Jacquie Jones, turns the harsh glare of the spotlight on the nation’s educational crisis. 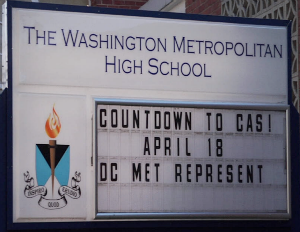 The cameras follow the day-to-day stories of students, parents, teachers, and staff at the Washington Metropolitan High School also known as the DC Met, providing a unique window into a public school and system trying desperately to make a difference in the lives of each student.

Jacquie Jones tells Black Enterprise, “The Peabody was a tremendous validation. We really wanted to give people a first-hand look at what happens in these schools. There is so much rhetoric about test scores and teacher accountability, common core and poverty but if you’re not in the school you don’t really have a sense of how all these things come together in the lives of these kids. So what we wanted to show was an intimate portrayal of what it’s really like to walk a mile in their shoes.”

Led by a dynamic and outspoken young principal, the series is a raw, unprecedented first-hand account of life inside the school reform movement.

Jones talks about working alongside the principal. She tells BE, “We just started hanging out with her there and getting a sense of what the challenges were. She was so open and so dynamic and interested in being a part of this project that showcased these many challenges and it all sort of just came together.”

According to PBS, the “Students featured in this film include Raven Coston, a 17-year-old who left New Orleans with her mother following Katrina and is trying to get through school while raising a baby and working part-time; Delauntte Bennet, an 18-year-old sophomore who has been kicked out of numerous schools for getting into fights; Raven Quattlebaum, an 18-year-old who used to spend her days robbing and assaulting people, Rufus McDowney, 16, who has been in and out of the juvenile justice system since the age of 13; and Tiara Parker, 17, who has good grades but may not be able to afford college.”

Over the course of a full school year, 180 Days peels off layer after layer as the days unfold in a high school at the epicenter of the nation’s school reform movement. The two-part series offers a window into the struggles of the students as they battle individual challenges to graduate and succeed.

On the evening of Monday, May 19, Rufus McDowney triumphantly stepped onto the podium to receive the Peabody Award on behalf of the NBPC at the Peabody Awards ceremony at New York City’s Waldorf-Astoria.

It was a poignant moment for Jones.

“That was really moving for me. I mean, he’s such a great kid. When you see the film, he’s the one out of all the kids. At the end, your heart kind of breaks for him because you don’t know whether her’s going to make it or not,” Jones says. “In the film, he gets arrested and his mother dies. He just has a series of life events and really at the end of that school year he was in a group home, having committed another crime and we just didn’t know what was going to happen to him. Literally, just a day after we found out about the Peabody, he called us to invite us to his high school graduation. We couldn’t believe it. It was all just really moving.”

Most of the other students featured in the series also seem to have turned the corner.

Jones says, “Tiara Parker, she just finished her sophomore year at Lincoln University in Pennsylvania. Raven Quattlebaum finished her sophomore year at a women’s college in North Carolina. Delauntte Bennet is graduating in June this year from DC Met. Raven Coston moved to Texas during the filming, she had a daughter and she’s pregnant with her second kid. With Raven, she left the web of support the series projected around her and unfortunately, I think that wasn’t the best thing for her.”

PBS also notes how absenteeism plagues the DC Met and its contribution to alarming rates of student drop outs.

Jones believes having a camera following them around may have helped the students stick through the program and not drop out despite the challenges.

“I think the kids that were a part of the film, I think the cameras helped them and it was a motivating factor. We had a pretty young crew. One of the associate producers blended in so well that everyone thought she worked at the school,” says Jones. “They didn’t know that she was part of the documentary. Since the show aired, Rufus has been getting positive feedback, with people coming up to him and telling him how strong they think he is. I think having their stories being told was motivation not just for him but also for some of the other kids that were part of it.”

McDowney will reportedly attend the University of the District of Columbia in the fall, where he plans to major in criminal justice.

Jones also looks back on what she learned from the students while she was making the film.

“What I learned more than anything was how complex the challenges really are. A lot of these kids lost parents and I think that’s one of the things you don’t hear about or think about so much when you talk about poverty,” says Jones. “Obviously, there is a lack of health care. A lot of people are dying young, of cancer or other illnesses. A lot of the kids, don’t have a traditional sort of parent relationship and they depend on social services for a lot of different things.”

She uses Raven’s story as an example of how the cards can be stacked against children growing up in poverty and without parental guidance from the beginning.

“She was 16 when she had her baby. Her boyfriend was in a night school program and was supposed to look after the child during the day, while she was in class. But he got arrested on the second day of school, on a parole violation so he was no longer able to look after the baby,” Jones explains. “She had to get a voucher to put the baby in day care. She had to stand in line all day to get that voucher and she had to go around the city looking for a day care that accepted it and by the time all this got sorted out she had missed the first two weeks of school.”

According to Jones, another factor not mentioned often, that gets overshadowed by all the bad news is the support from the community for the kids. She says the children are facing a lot of challenges but they also have people in their corners.

But she agrees that the series has helped inspire a much-needed dialogue around the factors impacting students in the nation’s public schools. Which includes standardized testing and its effect on students.

She also says it’s a challenge dealing with a group of teenagers.

“We started out with a whole group of them and then for various reasons, some of them we couldn’t follow, couldn’t get them to show up at the right place at the right time or things happened in their lives that just took them on a different trajectory.”

180 Days was produced and directed by Jones and Garland McLaurin.

The series, part of American Graduate: Let’s Make It Happen, a public media initiative supported by the Corporation for Public Broadcasting that helps communities nationwide understand and implement solutions to address the high school dropout crisis.

Jones expresses her gratitude for their help funding the series.

“Often times we spend as much time raising money as we do making the film. The series is four-hours long. But in this case because of the alliance with American Graduate things went very smoothly.”

She wishes she would have received more support from DCPS, the DC Public Schools board.

“DCPS were not a 100% behind the project. To their credit, they also didn’t interfere in the project. They didn’t try to stop it or control it. But still, we wanted to have that sort of big picture perspective be a part of it and they wouldn’t participate,” Jones says.