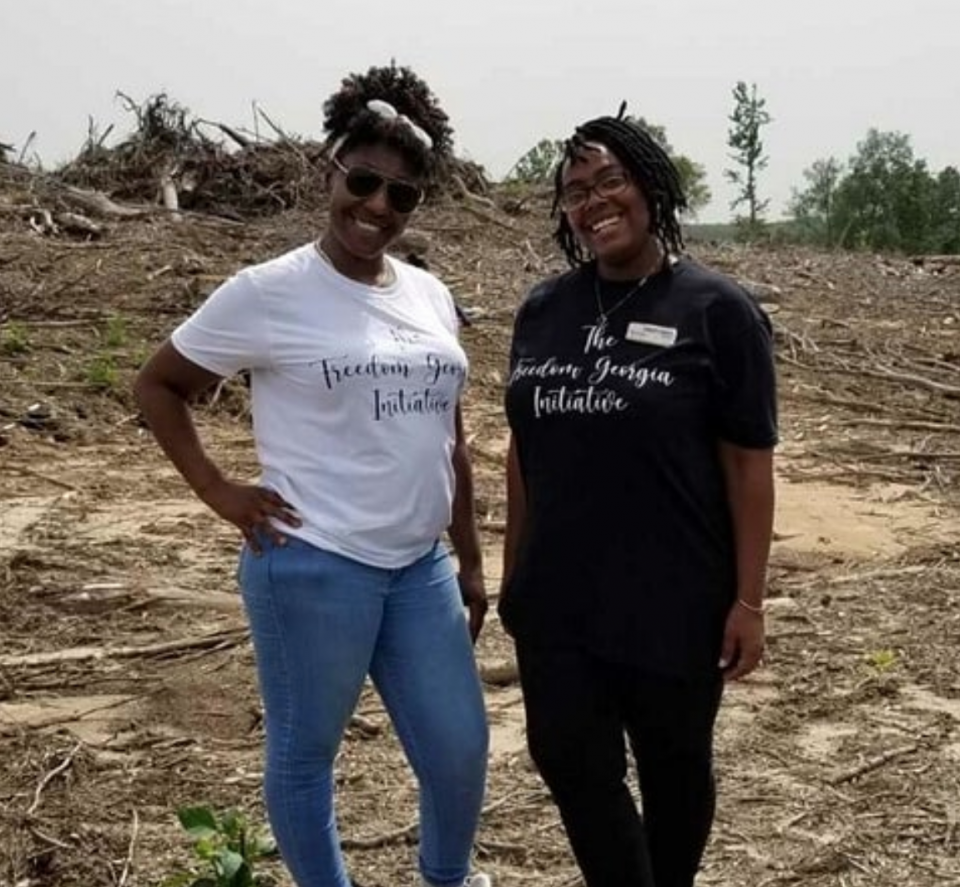 As protests for reform and action took place across the country, Scott decided to take a different approach, creating a safe haven where Black people can be given space to heal. She later teamed up with her friend, Renee Walters, to start the Freedom Georgia Initiative, a community safe haven specifically created for Black people looking to deal with their racial trauma.

In an op-ed essay for Blavity, Scott expressed that she felt powerless after witnessing the deaths of Arbery and others at the hands of police officers and sought out professional help to learn how to process her trauma.

“I sought counseling from a Black therapist, and it helped. It helped me to realize that what we as Black people are suffering from is racial trauma,” wrote Scott in the essay.

“We are dealing with systemic racism. We are dealing with deep-rooted issues that will require more than protesting in the streets,” Scott wrote. “It will take for us as a people, as Atlanta rapper and activist Killer Mike so eloquently put, ‘To plot, plan, strategize, organize, and mobilize.’ So that’s what I and my good friend Renee Walters, an entrepreneur and investor, did.”

Scott purchased 96.71 acres of land in Toomsboro, Georgia, for a new initiative: have 19 Black families create a self-sustaining community after attending several local city council meetings and learned about local zoning laws. “As a realtor, I’ve been sitting in on zoning and city council meetings. At first, I attended wanting to get a few new clients, but seeing the progress of the newly created city of Stonecrest, Georgia, inspired me,” she added.

“It motivated me to look more deeply into local politics and how cities are created. My research into cityhood gave me insight that this is how we change our communities and build real Black power.”