19-Year-Old Haley Taylor Schlitz Set To Be The Youngest, Black Law School Graduate In The Nation 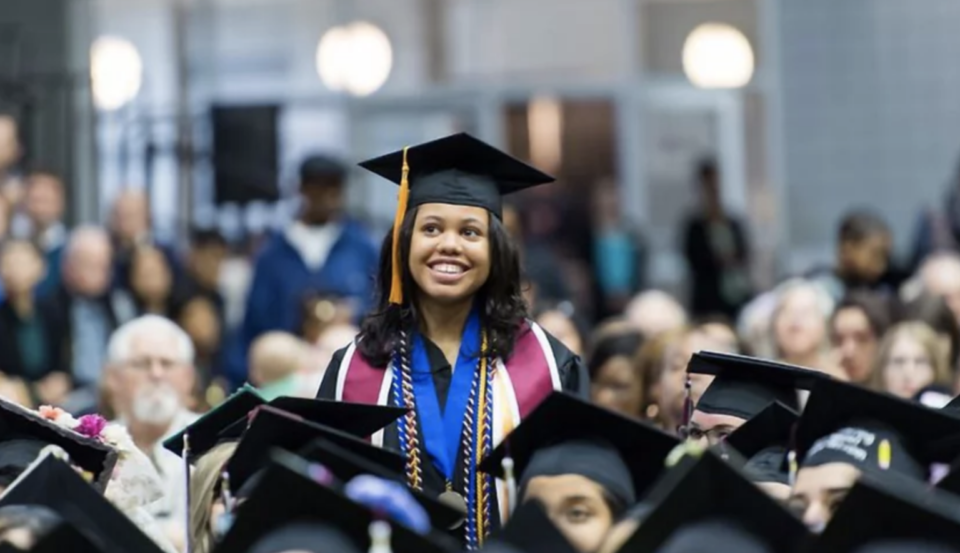 At 19 years old, Hayley Taylor Schlitz is paving the way for young, Black aspiring lawyers as she prepares to become the youngest law school graduate in the nation.

The rising lawyer is currently a third-year law student at Southern Methodist University Dedman School of Law in University Park, Texas. According to the school’s press release, Schlitz chose her soon-to-be alma mater out of eight different law school acceptances. After only three years, Schlitz will officially graduate on May 13 with her law degree.

Birmingham Times reports that Taylor Schlitz graduated from high school at the tender age of 13-years-old. She received national attention for her monumental achievement and continued to make strides toward her ultimate goals.

After her high school graduation, the prospective lawyer attended community college and graduated with honors with a Bachelor of Science in Interdisciplinary Studies from Texas Woman’s University before enrolling in law school at 16.

In her three years at Dedman School of Law, SMU’s youngest law graduate has flourished as an “author, public speaker, and respected thought leader on the issues students of color face in navigating gifted and talented programs in public schools,” the press release stated.

In accomplishing all that she has, Taylor Schlitz credits her experience to homeschooling. In fifth grade, she was disappointed by the public system as she struggled to be recognized as a gifted student.

“Many girls and students of color are left out of our nation’s gifted and talented programs,” Taylor Schlitz said. “Society will lose out on the potential scientist who cures a major disease, the entrepreneur who starts the next Amazon, and so much more. All because of their gender and/or skin color.”

According to Taylor Schlitz, the homeschooling advantage gave her the freedom to learn at her own pace and pursue the things she wanted to.

In 2019, Taylor Schlitz and her mother, Dr. Myiesha Taylor, published their book The Homeschool Alternative, which documents their experience as a homeschooling family and provides a how-to homeschool guide for Black families who want to explore beyond the traditional schooling system.

“I really want to help students realize their potential even if they can’t home-school,” Taylor Schlitz told the Dallas Morning News. “I want to help families open their eyes to the opportunities that they don’t even realize are there.”

A year later, Taylor Schlitz’s passions for community and public policy discussions have come to fruition. In June 2020, she was elected as one of the youngest delegates to the Democratic National Convention. She was only 17.

Among her impressive strides, Taylor Schlitz serves as a mentor in the Young Scholar Program (YSP).