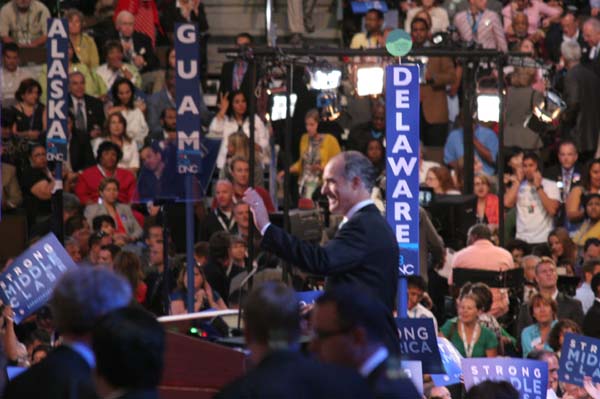 Rep. Bob Casey of Pennsylvania was on the convention floor Tuesday night and his speech caused an eruption of cheers and waving banners. Pennsylvania is a battleground state and Casey is stating that the Obama-Biden team have the right stuff to take the state. He’s traveled with Obama across the state, “from Pittsburgh to Paoli, from Johnsontown to Downingtown. He was equally at home talking football with Jerome Bettis and Franco Harris as he was talking with folks on the shop floor…or sports with guys” at the local pub. Obama’s policies are just the right medicine for its citizens. As for Biden, his roots run deep in Scranton, PA. Casey says McCain’s endorsement of Bush-Cheney economics doesn’t make him “a maverick. That’s a sidekick.”

Derek T. Dingle is the editor-in-chief of Black Enterprise Magazine.