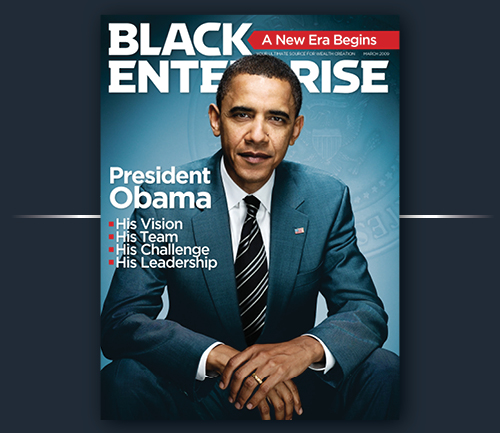 Barack Obama is sworn into office as the first Black president of the United States of America. As the first African American to achieve the pinnacle of presidential power, he demonstrated unprecedented global leadership, which included resurrecting the American economy— and those around the world—from one of the most financially devasting periods in history. BLACK ENTERPRISE was the first national magazine to interview President Obama after his inauguration.