I’ve long been fascinated with the process of securing a government contract. The largest purchaser in the United States, it’s no wonder why many large and small firms are vying for these lucrative deals. But as I found after attending The Paper Chase: Scoring a Multimillion Dollar Contract at the 15th annual Black Enterprise Entrepreneurship Conference in Atlanta, these deals can be elusive.

“In the federal government, there are times when projects are coming out, where the influence of what goes in requests for proposals is established by the very people who will ultimately bid on them,â€ said Michael V. Roberts, founder of The Roberts Companies and leader in real estate development and construction management.

“At the federal level, race and gender is no longer a valid qualification for certification,â€ he said, reminding small business owners of minority- and women-owned certification available for companies who fit the description when applying forÂ  bidding on state and local contracts.â€

Renita Burns is a writer and content producer at BlackEnterprise.com. 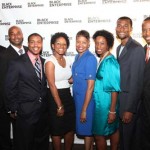 PHOTO GALLERY: BE Next Mixer at the 2010 Entrepreneurs Conference