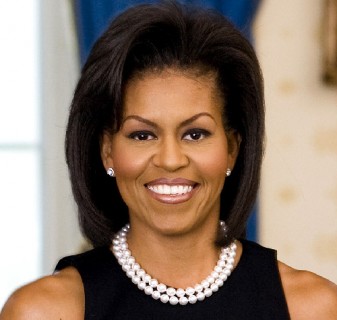 The Black Enterprise Women of Power February2014 issue spotlights remarkable women, whose individual and collective efforts play a significant role in our changing world. Among the list of women whose groundbreaking achievements inspires us are two powerful women in the White House: First Lady Michelle Obama and White House Senior Advisor Valerie Jarrett.

When people ask the First Lady Obama to describe herself, she says first and foremost she is Malia and Sasha’s mom. It’s also widely known that promoting service and working with young people has remained a staple of her career. As first lady, Mrs. ObamaÂ in 2010Â launched Let’s Move, a campaign to bring together community leaders, teachers, doctors, nurses, and moms and dads in a nationwide effort to tackle the challenge and solve the epidemic of childhood obesity within a generation. In 2011, she launched Joining Forces, a nationwide initiative to provide education, employment, and entrepreneurial opportunities to unemployed veterans and military spouses.

She managed to add some star power to her campaign by having Tom Hanks, Steven Spielberg, and Oprah Winfrey appear in public service announcements for Joining Forces. “Behind every service member there is a family that serves as well. Now it’s our turn to show our thanks,â€ Winfrey said in one of the 30 second videos.

A close friend of Barack and Michelle Obama’s from their early years together in Chicago, Valerie Jarrett is now Senior Advisor to the President and one of his most trusted confidantes. She has served as the co-chair of the Obama-Biden Transition Team and chairs the White House Council on Women and Girls. Prior to her work with the President, Jarrett was the CEO of The Habitat Co. and a corporate attorney. An influential figure in Chicago, she headed some of the city’s important institutions, serving as Director of the Federal Reserve Bank of Chicago, Chairman of the Chicago Transit Board, and deputy chief of staff for Chicago Mayor Richard M. Daley.

Jarrett has been an outspoken advocate for President Obama’s Affordable Care Act. As chair of the White House Council of Women and Girls, she bears witness that a key benefit of ACA is that it gives women more control over their bodies and their health care. A driving force behind the implementation of ACA was to encourage women to take care of themselves without worrying about siphoning money away from their other family necessities.

“Women often put themselves last because they are busy taking care of their families. It can be their children, their parents, their spouses,â€ says Jarrett. “But the problem with black women assuming the lion share of the responsibility in the household is that if something happens to them, the family often falls apart.â€