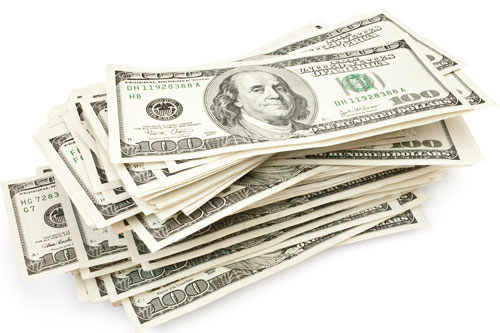 If banks turn down your request for financing, consider a factor

Access to capital is a challenge facing startups and established companies alike. Take Middletown, Ohio-based Hightowers Petroleum Co. founded by CEO Stephen L. Hightower in 1985. A licensed motor fuels dealer in 40 states that also delivers to Mexico and Canada, Hightowers Petroleum has grown 726.4% in net income and 176.6% in sales in the past five years. Last year, it sold more than 100 million gallons of gasoline and diesel and grossed revenues of $307 million. The company landed at No. 10 on the BLACK ENTERPRISE Industrial/Service Companies list and earned the title of Company of the Year in 2013.

Yet, until recently, despite steady sales throughout its years of operation, the company has had to rely on alternative financing in order to purchase, supply, and sell products to customers, including relying on larger oil suppliers–not banks–to purchase fuel.

It wasn’t until December 2011 that Hightower obtained a line of credit–for $2.5 million–from a bank. Then last year, he secured a $5 million line of credit from Huntington Bank after attending an event the lender sponsored at the annual BLACK ENTERPRISE Entrepreneurs Conference + Expo.

Living up to its slogan–”Where Deals Are Madeâ€–the Entrepreneurs Conference provides opportunities for big and small businesses to broker deals and land lucrative contracts. Now in its 19th year, the conference brings together more than 1,000 of the country’s leading entrepreneurs and corporate executives. It’s designed to provide attendees not only with the most innovative strategies from today’s top business minds, but also with high-powered networking opportunities that help to propel small business owners toward growth and profitability.

The conference is heading to Columbus, Ohio for the second time, May 14—17, at the Hyatt Regency. Bringing the conference back to Columbus has been a collaborative effort among local city leadership who have enjoyed support from various businesses and community members from across central Ohio. Last year, Experience Columbus estimated that the event would bring $1.3 million in economic activity to the city.

In addition to being the home of conference host Nationwide Mutual Insurance Co. and several other major corporations, the state of Ohio is where businesses such as Hightowers Petroleum have made their mark as leaders of the nation’s largest black-owned companies.

Since raising capital is one of the most challenging aspects of entrepreneurship, the session on Capital Raising Moves will consist of lending experts and entrepreneurs who have secured financing to discuss traditional and non-traditional capital sources that small business owners can tap into. They also will explain how to stack the odds in your favor before going to meet with a lending institution.

With the focus on “going for growth,â€ this year’s sessions overall are designed to help entrepreneurs launch, grow, and scale their business to handle more clients and larger contracts. Experts say it is important to work on the business and not just in it; that is, entrepreneurs need to cultivate solid relationships and devise strategies to move their businesses forward or face stagnation and possible shutdown.

In addition to accessing capital, conference topics will run the gamut from how to get on ABC’s Shark Tank to doing business in Africa to finding hot franchise opportunities to mastering mobile marketing.

Join the Small Business Revolution by registering NOW to the 2014 Black Enterprise Entrepreneurs Conference + Expo hosted by Nationwide Insurance, May 14-17, at the Hyatt Regency Columbus, Ohio — with confirmed speakers including entertainment media mogul T.D. Jakes, CEO of TDJ Enterprises and Valerie Daniels Carter, president and CEO of V&J Holding, one of the largest women- and African American-owned restaurant franchise operators in the US. Expect innovative sessions, high-powered speakers, and an early peek at the products, trends, and services you’ll need to stay ahead of the curve. Be sure to enter our Elevator Pitch Competition to qualify for the $10,000 grand prize. To register and find out more, visit www.blackenterprise.com/ec/