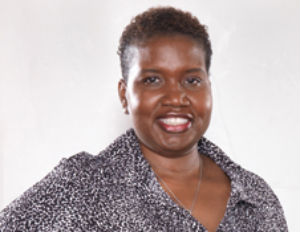 Black Enterprise is proud to announce that Senior Content Producer Carolyn M. Brown has been nominated for a 2014 GLAAD Media Award for Outstanding Magazine Article: “Why Gay and Lesbian Couples Pay More,â€ which appeared as the cover story in the April/May 2013 issue of Black Enterprise.

A timely feature, Carolyn’s article appeared on newsstands and online as the Supreme Court reviewed the Defense of Marriage Act.

“It’s an honor to be nominated for a GLAAD Media Award,â€ Carolyn says. “This extremely impactful feature highlighted the legal and financial disadvantages same-sex couples face in their fight for marital rights. This story appeared on newsstands and online as the Supreme Court was reviewing DOMA. The ruling was a victory for couples who have long fought for equal treatment under the law.â€

A past recipient of a GLAAD Media Award, Carolyn received top honors in the magazine category in 2012 for her groundbreaking July 2011 cover story, “Black and Gay in Corporate America.â€

Carolyn is responsible for developing content and products through a portfolio of platforms at Black Enterprise, including the Black Enterprise Entrepreneurs Conference and custom events, digital properties, and social media. In addition, she is an ambassador for the Many Faces One Dream LGBT Economic Empowerment Tour in partnership with the U.S. Small Business Administration and the National Black Justice Coalition.