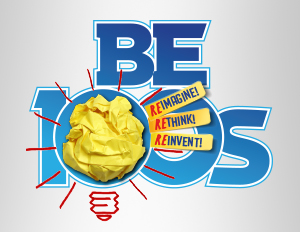 The BE 100sÂ have adopted a new attitude.

It has been a challenging year for a number of the nation’s largest black-owned businesses, but their CEOs are determined to advance their enterprises by discarding legacy thinking and reimagining every aspect of their operations, from product development to strategic partnerships. The primary driver of change has been–you guessed it–technology.

Before revealing how these firms repositioned themselves, let’s take a look at the BE 100s‘ performance across sectors. BE research found many reporting weak sales and engaging in reorganization activities. As a group, theÂ BEÂ Industrial/Service Companies produced revenue growth of a mere 1.5%; from $23.6 billion in 2014, to $24 billion in 2015.

One devastated sector has been advertising. In fact, our BE Advertising Agencies roster, reeling from corporate clients shifting from targeted messaging to the so-called “total market approachâ€ (see Advertising Overview, this issue), dropped from 10 to eight firms. Many among the Financial Services sector didn’t fare much better.

Although the seven-year economic expansion is the fourth longest in 70 years, economists report annual growth has been as explosive as a wet firecracker during this post-recession period: roughly 2%, on average. And many BE 100s have been bedeviled by declining sectors, rapid industrial change, and technological disruptions.

These companies, for the most part, have been retooling for turnarounds and future growth prospects. Our editors discovered the following:

BE research this year polled BE 100s‘Â CEOs on areas of operational upgrades. Across sectors, all realized the need to more effectively apply tech–including social media and mobile apps–to improve customer service, increase productivity, and expand market outreach. For instance, a number of BE Banks has been aggressively pushing financial services via online and mobile.

Leadership in the Growth of Tech

Increasingly, the dominant players on the BE 100sÂ are resource-rich, tech-focused companies. World Wide Technology continues to serve as the list leader, with $7.5 billion in revenues based on an expanding corporate clientele in need of its information technology services.

Dominating the Private Equity pack, by far, remains Austin, Texas-based Vista Equity Partners, with more than $20 billion in capital under management. And be on the lookout for emerging tech powerhouses, like San Francisco-based Rocket Lawyer (No. 64 on the BE Industrial/Service Companies list, with $40 million in revenues), one of the most widely used Internet-based law services in the world, with operations in the U.S. and the U.K.

This year’s BE 100s companies of the year have this attribute in common: all continually demonstrate that they value employees and cultivate them as their most effective competitive tool.

CEO Oscar Horton Jr. of Sun State International Trucks (No. 22 on the BE Industrial/Service Companies list, with $158.8 million in revenues) has put in place “open-book management,â€ which teaches workers how to measure the company’s financial performance.

Steven Ewing, CEO of Wade Ford (No. 3 on the BE Auto Dealers list, with $553.5 million in revenues) has built his business through team loyalty.

Recognizing the Power of Millennials

Consumer-oriented BE 100s have been actively finding innovative ways to attract a segment that has been called the “Snapchat Generation.â€ In fact, Industrial Bank (No. 5 on the BE Banks list, with $388.9 million in assets) recently participated in Black Enterprise‘s Smart Business Case competition, in which five HBCU teams developed strategies for the institution to woo millennial customers.

Another developing trend is that BE 100Â firms reported that this generation of workers now comprise 25% to 30% of their employees.

These days, it is hard to find a chief executive that hasn’t adopted strategic alliances as being core to their business model. In a number of cases, however, the nation’s largest publicly traded corporations have sought BE 100 companies as their partner of choice.

Take Liberty Bank and Trust Co.’s (No. 3 on the BE Banks list, with $609.4 million in assets) recent collaboration with JPMorgan Chase. As part of its $100 million investment in Detroit’s renaissance, JPMorgan Chase has provided Liberty with a $5.5 million grant to create a loan loss reserve fund, which will increase its capacity to grant up to $20 million in low-interest rehab mortgage loans for eligible homebuyers. The reason for the partnership: Liberty, which was key in the post-Katrina resurrection of Gulf Coast communities, has more experience in home lending for distressed communities.

As the CEOs of BEÂ 100s reimagine, rethink, and reinvent their businesses, their stance is simple—anything goes. That is, if the approach can lead to sustainable growth.

A company must be at least 51% black-owned, and have been fully operational for the previous calendar year. Companies listed must manufacture or own the products they sell, or provide industrial or consumer services. Brokerages, real estate firms, and firms that provide professional services, such as accounting firms and law offices, are not eligible.

An advertising agency must be at least 51% black-owned and have been fully operational for the previous calendar year. To qualify as a full-service advertising agency, the company must provide creative services as wellÂ as make media placements; purchasing time and/or space for a client’s advertising.

There is no year-to-year comparison for advertising agencies, because the number of companies on the list has changed.

An auto dealership must be at least 51% black-owned and have been fully operational for the previous calendar year.

Financial ranking is based on total assets as of December 31.Â In addition to receiving surveys, we consulted with the Federal Reserve, state banking commissions, and industry associations.

Financial ranking is based on total dollar amount of lead issues–including co-lead issues–derived from the underwriting of municipal bonds or corporate bonds and equities.Â In addition to receiving surveys, we ranked firms based on information provided by Thomson Reuters Corp. data, which tracks investment bank transactions, reviews SEC filings, and serves as the industry standard for measuring such activities.

Financial ranking is based on total dollar amount of managed assets derived from equities, fixed-income, and tax-exempt investments, real estate, and cash.Â In addition to receiving surveys, we consulted federal and state regulatory agencies and industry associations. All firms on our list are registered with the Securities and Exchange Commission and filed their annual assets under management at the time of publication.

Financial ranking is based on total managed capital as of December 31.Â In addition to receiving surveys, we consulted regulatory agencies and industry associations.

There is no year-to-year comparison for Asset Managers or Private Equity Firms, because the number of companies on each list has changed.