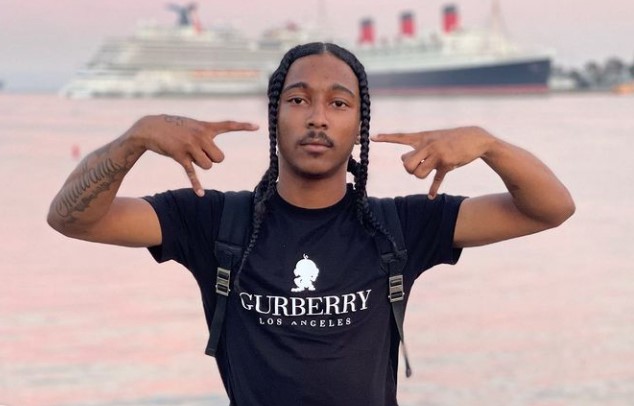 California rapper Indian Red Boy was murdered on Thursday (July 8) while inside of his car, according to multiple sources.

The 21-year-old artist, real name Zerail Dijon Rivera, was on Instagram live with a fellow social media influencer Kapone when the incident happened. The two were talking when shots were heard on the IG live. Reports reveal that Indian Red Boy was shot in the face and pronounced dead at the scene.

Kapone, known as kapaalxt8 on Instagram, shared the news on Instagram. He posted a video of Indian Red Boy dancing and shared a tribute message.

A video circulating around social media showcases the moments leading up to Indian Red Boy’s death. Kapone was heard asking the rapper where he was, according to HITC. As multiple shots were fired, Indian Red Boy was heard saying “get help” before slumping, All Hop Hop reported. The disturbing video ended shortly after the exchange between the two guys.

The Hawthorne Police Department revealed a few details on the day of the shooting. Reports say that the incident occurred in the 14100 block of Chadron Avenue in Hawthorne. The shooting took place at 4 p.m.

The cause of the shooting is still unknown. However, there are rumors circulating that he was allegedly murdered over a Nipsey Hussle, per All Hip Hop.

Several people have shared comments on Twitter about the video.

One twitter user wrote, “That Indian Red Boy video is brutal. One minute you laughing it up, next minute you gasping for breath begging for help.”

That Indian Red Boy video is brutal. One minute you laughing it up, next minute you gasping for breath begging for help.