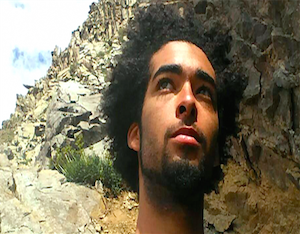 The nation is still in an uproar over the tragic deaths of Renisha McBride, Michael Brown, and John Crawford. Now, Darrien Hunt’s name can be added to that list. According to reports last week, the 22-year-old Saratoga Springs, Utah native was shot and killed outside a fast food restaurant by police who claim he lunged at them with a sword.

The statement, which was issued on Saturday, found the police immediately questioned after it was revealed that the weapon was actually a toy sword. An attorney for Darrien Hunt’s family claims that the autopsy shows the young man was shot numerous times from behind as he ran away from police.

According to investigative reports, the Saratoga Springs police were called at about 9:40 a.m. Wednesday, September 10, to investigate a “suspicious” man walking near businesses along Redwood Road carrying a “Samurai-type sword”. A prepared statement from Utah County Chief Deputy Attorney Tim Taylor said that “Mr. Hunt brandished the sword and lunged toward the officers with the sword, at which time Mr. Hunt was shot.”

Claiming that there was “no indication that race played any role in the confrontation,” the Saratoga Springs Police are directly responding to Darrien Hunt’s mother’s comments that the police killed him because he was Black. Randall Edwards, the Hunt family’s attorney, said Saturday that an independent autopsy was performed at the family’s request. In it, the report shows that Darrien Hunt was shot “numerous times, all from the rear.”

Edwards would go on to release a statement with accompanying comments by witnesses on the scene, saying, “This is consistent with statements who report that Darrien was shot to death while running away from police. It would appear difficult, if not impossible, to reconcile these facts with a story that Darrien was lunging toward the officers when he was shot.” It has been reported that the 22-year-old was walking in the area of Crossroads Boulevard and Redwood Road near a Panda Express restaurant, a gas station, an auto parts store and a credit union. A witness photographed Darrien being confronted by police just before shots were fired. In the picture, two as-yet-to-be named officers were standing on either side of Darrien.

The sword is not visible in the picture.

Based on the limited information given, the independent autopsy performed, and eyewitness testimony, the Hunt family believes that at some point during the confrontation that a shot was fired by police. Susan Hunt, Darrien’s mother, doesn’t know if the initial shot had hit her son but she suspects that he ran toward the Panda Express where he was hit multiple times by police gunfire. “I’ve been begging the police, why from the time I saw the pictures of you just standing by him with his hands to his side, does he end up seconds later with a bullet in him? And then if he’s running, why you had to put in more bullets, and I don’t even know how many. That’s what I want to know.”

In fact, the sword that Darrien Hunt was seen brandishing was actually a souvenir sword (see: toy) bought at a gift shop and couldn’t cut anything. Mother Susan isn’t quite sure why her son took the 3-foot sword with him, saying, “I believe that maybe my son thought, ‘Maybe I’ll try to get a job at Panda, maybe this sword will impress them. [He probably] thought he was cool with the sword.”

The sword caught people’s attention as one woman saw it strapped to Darrien’s back and stopped him to take a photo, which she sent to her husband. Two officers have been placed on paid administrative leave while the shooting is being investigated. “At the conclusion of the investigation, the Utah County attorney will review the findings and issue a statement,” Taylor said.

Meanwhile, a candlelight vigil was held over the weekend for Darrien Hunt near the restaurant in Saratoga Springs where he died.