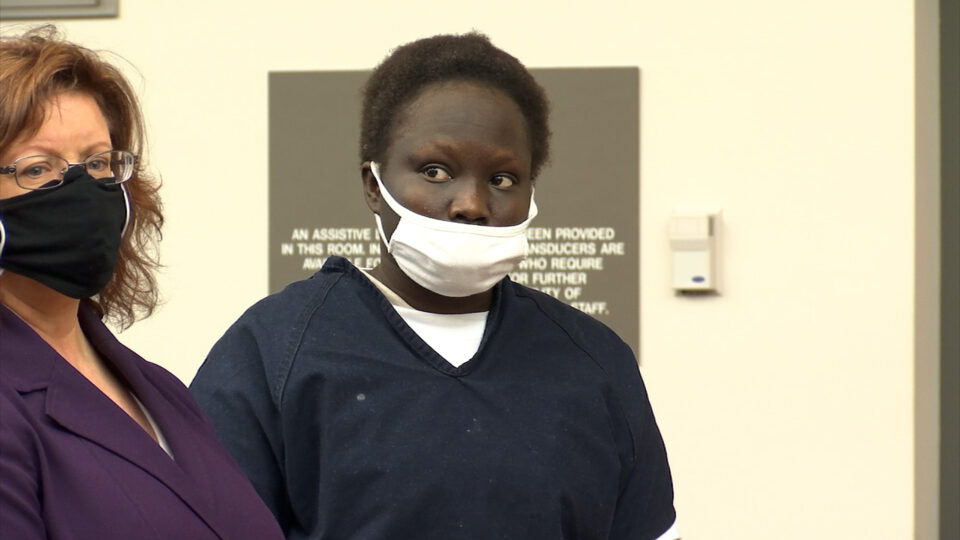 A 23-year-old woman who was arrested for the gruesome murder of a 93-year-old Syracuse woman avoided a mandatory life sentence by pleading guilty to this and several other crimes.

According to Syracuse.com, Victoria Afet confessed to murder, robbery and assault, carrying a total of nearly 30 years worth of minimum sentences. Once she’s up for parole, however, there is no guarantee that she will be released.

In May of last year, Afet was indicted for the February 2021 murder of Connie Tuori, whom she was accused of having followed into her 12th floor unit at the infamous Skyline Apartments. Once there, authorities allege Afet stabbed her victim and strangled her by forcing several items down her throat.

She then hid Tuori’s body in a bedroom and even lived in the apartment for some time. Police discovered the body when a friend of the victim’s requested a welfare check when Tuori missed their longstanding lunch date.

“It’s extremely brutal,” Onondaga County Chief Assistant District Attorney Melinda McGunnigle told CNYCentral at the time of Afet’s indictment. “First of all, the fact that you have a 93-year-old victim and second is what was done to her. This is one of the most brutal cases that I’ve ever seen in my career and that’s why it warranted the murder in the first degree which is really a torture murder.”

In addition to the murder-by-torture charge for Tuori’s death, Afet also pleaded guilty to robbing another elderly woman in an elevator in 2021 and to stabbing another victim several times in 2020. She had been arrested a total of 10 times in the 18-month period ahead of her indictment.

Adding to the scandal surrounding Tuori’s brutal murder was the fact that the Skyline Apartments have become a known crime scene in Syracuse. The police reportedly received 500 calls to the building between October 2020 and February 2021.

The building is currently owned former Atlanta Falcons star Tim Green, a Syracuse native, and his son Troy, who says the failing complex is “under contract” with a national buyer.