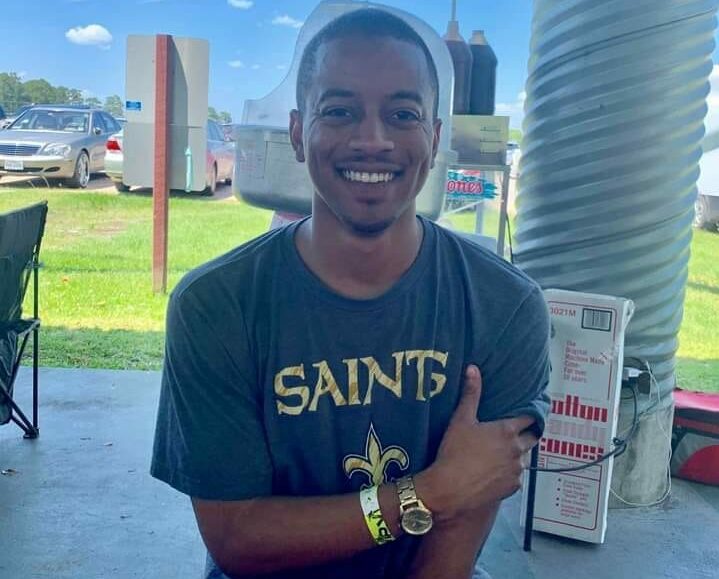 A groundswell of social media support is emerging for the family and friends of 25-year-old Taylor Young, who went missing in his hometown of Houston on Dec. 9.

According to People, Young was last seen driving a silver 2019 Honda Civic near the Capitol One Bank on South Voss Road, in a commercial area with several grocery stores and restaurants. His mother Tiffany Robinson used the Find My Phone app when she hadn’t heard from he son in what seemed to be an inordinate amount of time, only to find his phone in the bushes near the bank’s ATM.

The Houston Police Department is actively searching for Young, who is described as standing at 5 feet 11 inches and weighing around 160 lbs. with short, black hair and brown eyes. He was wearing a blue Billionaire Boys Club sweatshirt and gray sweatpants at the time of his disappearance.

Robinson tells ABC 13 in Houston that the surveillance camera at a nearby Kroger grocer store confirmed that her son’s car was on S. Voss, but she’s not sure what he was doing in that part of town.

“I know something happened, and I just feel like he is in danger,” she said. It’s not like Taylour to not call me, my sister, or anybody in our family. Why is he in that area? Because it’s far away from his work location. There is no reason why he should be over here.”

Since Robinson went public with her family’s story, the hashtag #BringTaylourHome has been used in more than 240 posts by friends, media pages and even celebs including Cardi B.

Based on a diagram included in the post, they seemed to be searching a fairly concentrated area including neighborhoods around the intersection of S. Voss and San Felipe Street where he was last spotted.

Anyone with information about Young’s whereabouts is asked to contact Houston PD’s Missing Persons Unit at 832-394-1840.