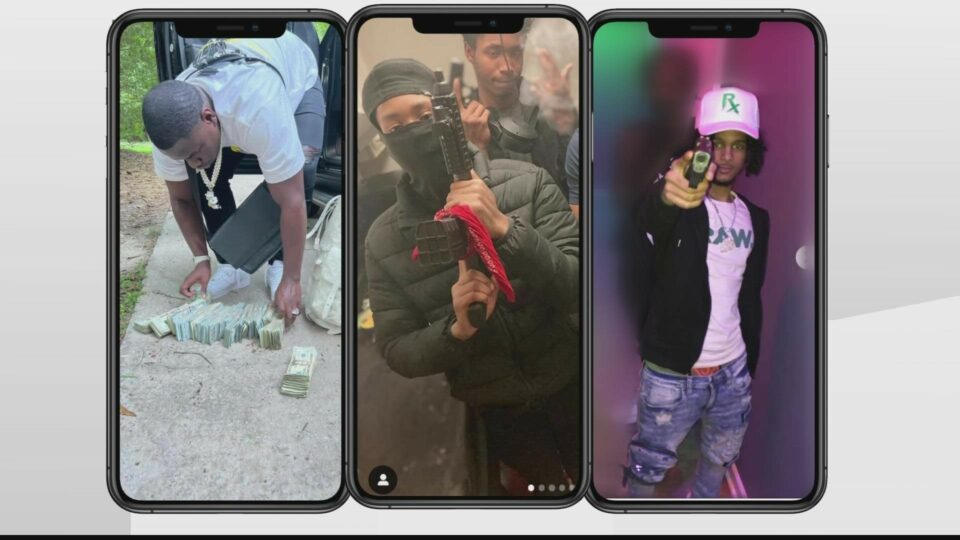 A total of 26 alleged gang members were indicted this week for allegedly carrying out a series of celebrity home invasions across the metro Atlanta area.

On Monday, the Fulton County District Attorney’s office released a 220-page indictment accusing the people named of being connected to a gang behind the home invasions and burglaries targeting celebrity and non-celebrity homes in metro Atlanta, WSB-TV reports.

“What they do is target people who show their wealth on social media,” Fulton County District Attorney Fani Willis said.

“So I do have a message for the public: Where it is kind of fun to put your things on social media and show off, unfortunately these gangs are becoming more savvy, more sophisticated in the way that they target you.’

Some gang members are said to have bragged about the crimes in rap songs that Willis says will be used when prosecuting the case, NY Post reports.

“You do not get to commit crimes in my county and then decide to brag on it, which you do that for a form of intimidation and to further the gang and not be held responsible,” she said, referencing one song lyric bragging about kicking in a door and stealing a car.

“I have some legal advice: don’t confess to crimes on rap lyrics if you do not want them used,” Willis warned. “Or at least get out of my county.