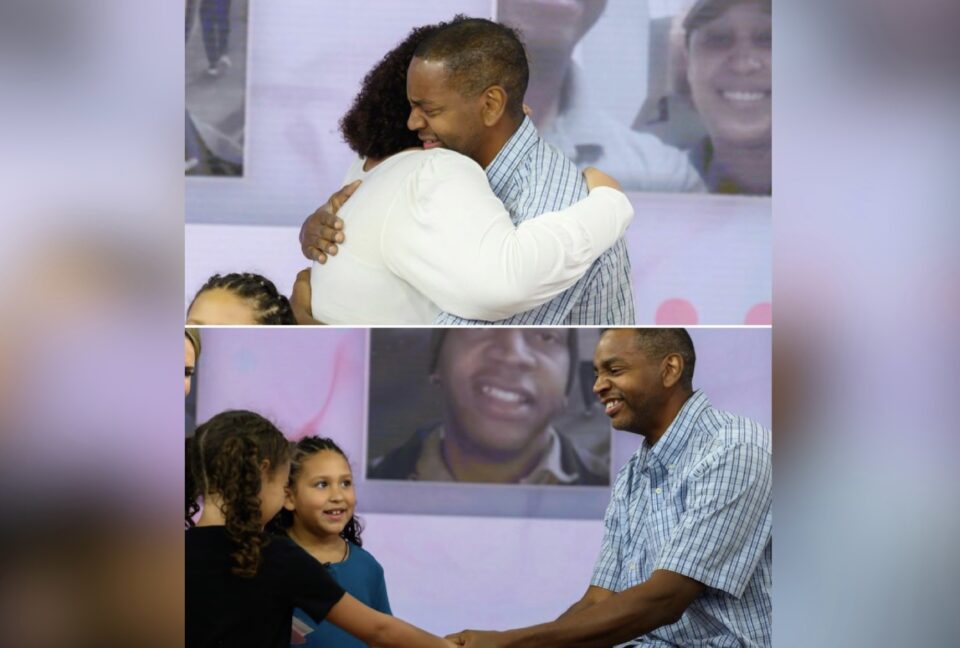 Kevin Ford, the 54-year-old Burger King worker who’s video of him receiving his 27-year anniversary gift at the company went viral, had an emotional reunion with his daughter and grandchildren on the Today show Wednesday.

The video, in which Kevin expressed his gratitude for his gift bag, said, “I’ve worked here for 27 years, I’ve never missed not one day of work, never called out. It’s good to feel appreciated.”

He went on to show the items in the bag, which included a single movie ticket, two pens, candy, a Starbucks tumbler, a lanyard, and two key chains.

Many were shocked at the careless gift for almost three decades working at the Las Vegas International Airport Burger King, urging the billion-dollar company to be ashamed.

While Kevin remained grateful, many social media users felt he was worth so much more and his story and GoFundMe went viral, that the HMSHost employee has amassed over $305,000 in donations, after an original goal of $200 for a plane ticket to go see his grandkids.

While on the show to talk about his story, he was surprised with his daughter Seryna — who posted the GoFundMe — and his three grandchildren, who he had not seen in four years.

An emotional moment for the family, they embraced and held each other through tears.

Seryna admitted to not having much expectations for the donations.

Me and My Daughter Seryna,She's So Beautiful!
I'm So Proud of Her…#ProudDad#FordStrong #BlackGirlMagic @NorrinRadd777 pic.twitter.com/58KdtZUzYb

As he gathered himself, Kevin gave many thanks to all the viewers around the world who pitched in, adding that there were donations coming from Australia and the U.K.

The family was then sent off to enjoy the day together in New York, where he was happy to announce they met Steve Carell.