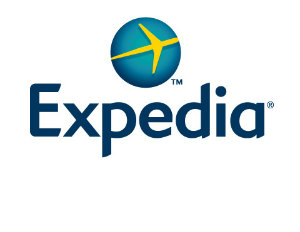 Expedia, the parent company to some of the world’s largest travel sites, is buying short-term rental site HomeAway for $3.9 billion, according to reports. The deal strengthens the Web portal’s spot to dominate online travel bookings. The deal is expected to close in the first quarter of next year.

Expedia reportedly paid $38.31 for each share of the Austin, Texas-based HomeAway, making it the largest-ever acquisition for the travel site. Investors for the company, whose competitor is popular home-sharing site AirBnB, reportedly “responded favorably to the news,” which led to an increase in its shares to $6.88, or roughly 22%, in after-hours trading. “We have long had our eyes on the fast-growing $100 billion alternative accommodations space and have been building on our partnership with HomeAway, a global leader in vacation rentals, for two years,” Expedia CEO Dara Khosrowshahi said in a statement.

This news comes as AirBnb seeks to gain a larger foothold on the travel market, recently seeing victory inÂ fighting off efforts of officials who want to further regulate short-term housing rentals. Proposition F, a measure that would have restricted short-term rentals and backed by hotel unions and housing advocates,Â was defeated by voters this week, and now the company is planning to launch a national campaign to create 100 home-sharing political clubs in 100 U.S. cities in 2016.

There are big bucks at stake for companies like AirBnb and HomeAway—and the companies who seek to either compete with them or acquire them. These companies, according to reports, are part of a share economy that had an estimated revenue surpassing $3.5 billion in 2013 alone, with growth exceeding 25%.