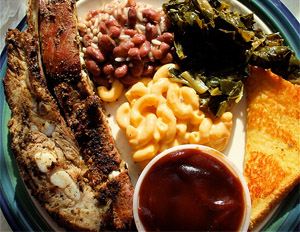 One of the amazing byproducts of the Internet — besides completely increasing while simultaneously obliterating productivity (email! Facebook!!) — is the incredible amount of connectivity that humans now experience.

Folks are sharing ideas and experiences at a rapid clip, especially their dealings and dalliances with food. Oh yes, it seems that everyone has an improved palate now-a-days, and the service industry and those who market the service industry have taken notice and laser-like focus on how to keep your pockets engaged in tasting the buffet of life.

If you thought you couldn’t live without your foie gras sliders or duck fat French fries (nomnomnom) in 2012, wait until you see what 2013 has in store for you.

Fatwashing: Artisan everything is what’s hot, and that now extends to your cocktail. As states relax laws on the way alcohol is stored and prepared, restaurants are beginning to get fancy with they way they prepare the cocktails. Some eateries are making pre-made barrel-aged batches of cocktails that are stored for weeks — sometimes months — in bourbon, rum and sherry barrels where they are allowed to mellow out and absorb the butterscotch and top notes inherent of the wood, according to a recent study by Baum and Whiteman, a restaurant consulting firm. This is expensive stuff folks, expect to pay in upwards of $15 to $20 per glass.

Honorable Mentions: high-proof spirits, beer-based cocktails, and enhanced juices with booze in them.

The Need for Speed: Sprinkles, a Los Angeles-based cupcake chain, made news when it opened a 24-hour cupcake ATM for the late night snackers who need a quick sugar fix. Well, the trend is catching on and it will most definitely hit your wallet.

A Lay’s in Argentina cranks out warm, fresh potato chips and drops them in the bag for your convenience.

Seattle’s Best vending machines take whole beans and blends coffee, mocha and lattes in front of you; and McDonald’s is introducing self-ordering kiosks.

Scale Down: People are scaling down in general so it only makes sense that the food match the mood. Tasting menus will continue to pop up everywhere as well as one-and-done bites like fancy sliders and crab cakes. The trend also includes bundling. Fast food restaurants have been bundling forever, but casual dining restaurants are now catching on. TGIFriday’s, Olive Garden, Red Lobster and Maggiano’s are all offering two entrees for $20 to $25 and more restaurants will join the fray.

On the flip side, the high-end restaurants are offering the same deal for much, much more money. David Chang’s Momofuku hit a home-run with his $200 “bo saamâ€ family-style lunch as did Daniel Boulud’s DBGB, which for a mere $495, seats eight people down to a whole pig replete with headcheese as an appetizer. The fancy outings are known as dining adventures and are sure to increase in the coming year.