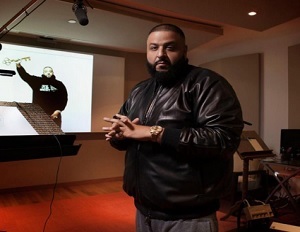 DJ Khaled has without a doubt made a name for himself as one of hip-hop’s hottest DJ’s today.

With more than 6 million followers on Snapchat, a meeting at the White House with President Obama, a new record deal with L.A. Reid, a gig with BeyoncÃ©’s “Formation” tour and a management deal with Jay Z, it’s clear that the 40-year-old Miami native has no plans of slowing down anytime soon.

Offering his fans a behind-the-scenes view into his mogul lifestyle via Snapchat, Khaled recently stepped from behind his phone and into the hot seat with hip-hop journalist Elliott Wilson for a new CRWN interview where he broke down the business behind his growing brand.

Below are three major keys to success the “We the Best” artist offered that will help you elevate your career.

1. “When they close the doors just open them” -Â Khaled spoke candidly about his rise to success and having critics push him to the side as “just the DJ.” He even opened up about not being popular enough to secure a CRWN interview with Elliott Wilson last year. But with continued hard work and persistence, Khaled made it clear that he wasn’t letting anyone box him in or put a cap on his success.

2. “I respect my success and my blessings” -Â Since becoming one of Snapchat’s most popular users, Khaled has been able to build a stronger connection with his growing fan base. When asked by Wilson how he balances it all, the Miami native responded with his favorite saying, “Some people can’t handle success… but I can.” While his response was appropriate in answering how he handles his celebrity status, the phrase also serves as a major key to success in anyone’s career. As we continue to elevate in our careers and add new goals to our vision board, it’s important to make sure that you are ready to handle the blessings and success that you ask for.

3. Have confidence in your work – “I come from a garage, two turntables, a mic, a drum machine and a lot of vinyl. I’m one of the best DJs in the world for real,” said Khaled. While he may come off as cocky or too much of a showboat to some, his celebrations of success and self-affirmations for his talent serve as a teaching lesson to us all that if we don’t believe in our gifts then who will.

To see DJ Khaled’s full interview with Elliott Wilson be sure to head to MTV’s website here.