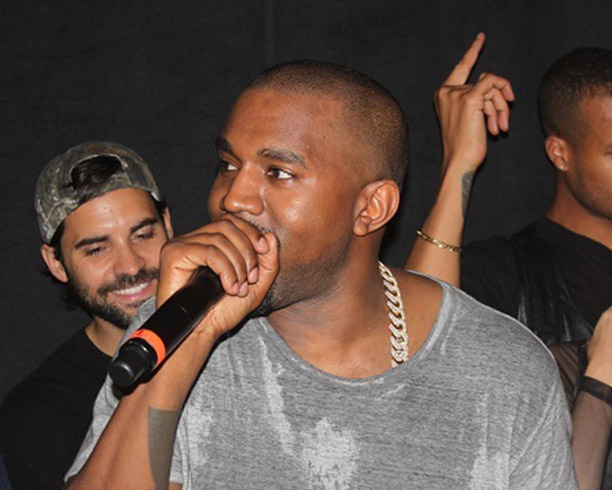 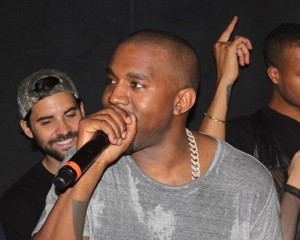 News that Kanye West was pairing up with French brand A.P.C. almost broke the interwebs. Then, the clothes were available for pre-order. And now the $120 plain white t-shirt has sold out. It’s actually one of the more savvy business moves of the year in fashion.

1. He is hip hop’s prince of high fashion. Gawker once wrote that Kanye’s first runway shirt of his designs were met with a resounding “meh.” And mostly, they were right. But he’s certainly rebounded.

“He’s easily hip-hop’s biggest fashion enthusiast,” says Glamour’s Nikki Ogunnaike. “He eats, sleeps and breathes fashion and you can tell. He wear’s bejeweled Margiela masks, leather kilts, and has tried on more than one occasion to create his own fashion line.”

2. Kanye knows people are obsessed with exclusivity: Much like his Air Yeezys, Kanye is well aware that production of just a few of the items ups the ante for demand. The notion would be ridiculous for its simplicity if it wasn’t such pure genius. (You can bet another edition of the sneakers will go on sale by Christmas.)

3. People really really like his album. People really, really hate his album, too. Put it this way: It was a lot easier for Gatorade to sell Gatorade after Michael Jordan won the championship. When people are buzzing about your work in a good way, as they are with an album, it can only help your other ventures. For all of its critical acclaim, it was received as a piece of art. There isn’t much art in a plain white t-shirt, but giving the people something to talk about? Well, Kanye’s been doing that all along.

[INFOGRAPHIC] #WealthforLife Wednesdays: How to Retire The Right Way

FacebookTwitterYoutube
← [INFOGRAPHIC] #WealthforLife Wednesdays: How to Retire The Right Way ← Black Blogger Month: Stuff Fly People Like, Because Anything Else is Normal
×
'