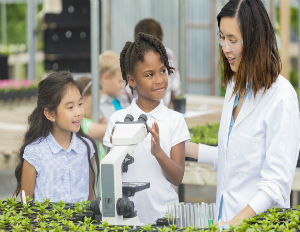 Months ago I read about a school district that used gifted education for all its students, without testing them to determine which students were accelerated learners. The results were astounding: All the students performed well. When they were finally tested, more than would have been expected tested in the gifted range.

The 74 Million website reports on a similar exciting development. A school in one of the poorest districts in the country will use strategies usually reserved for exceptional learners to teach all 550 of its pupils–exceptional or not.

The Advanced Learning Academy, a K-10 school, is the brainchild of District Superintendent Pedro Martinez in San Antonio, Texas, and I believe it will kick the pants off the spurious notion that poor kids need to be taught a diluted curriculum tethered to a desk with their hands folded–instead of a rich, imaginative, project-based course that gets them out of the classroom and into the real world of their community.

Here’s why I think gifted ed for all makes a lot of sense: