3 Wealth Lessons from A BE 100s Legend: Percy E. Sutton 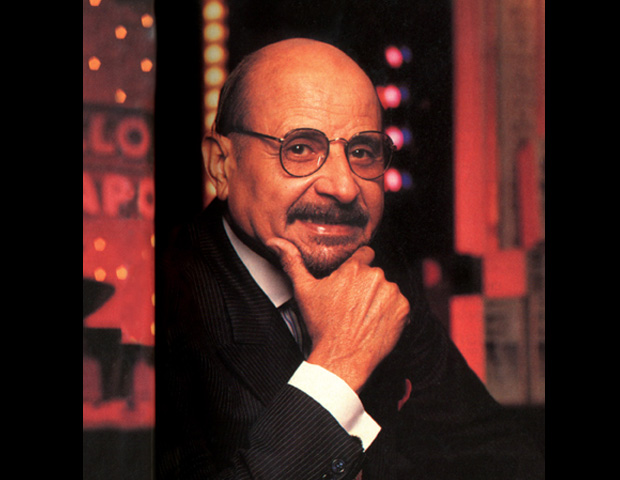 1998: The late politician, Tuskegee Airman, and civil rights activist Percy Sutton purchased a single radio station in New York City in 1972 for $1.9 million - with 50 original shareholders, including Jesse Jackson, future New York City Mayor David Dinkins, Malcolm X's widow Betty Shabazz, and the Sutton family owning more than 51% - and grew it into media conglomerate Inner City Broadcasting. His model of R&B, talk radio, and community service would be replicated nationwide. The company eventually went on to add WBLS-FM, one of New York Cityâ€™s top ranked radio stations, along with stations in San Francisco, Los Angeles, and San Antonio. After saving the famed Apollo Theater in 1981, his company produced the hit television show, Showtime at the Apollo, as well as produced a generation of civic-minded entrepreneurs.

He was called “The Chairman.”

To all, this was a term of endearment for the always elegant, always eloquent Percy E. Sutton, a political and commercial force that broke ground in multiple arenas. The late pioneer had provided us with decades of public service, and as a result, changed the political landscape of New York and, to a certain extent, our nation. Â He built Inner City Broadcasting from a mom-and-pop radio station into a far-flung media empire–at one point, WBLS was the number one radio station in the country. As such, Inner City had become a mainstay on the BE 100s for more than two decades, providing a myriad of opportunities for African Americans in the entertainment industry.

Sutton was among the iconic figures that I gained an opportunity to interview over the years, for our magazine as well as for my book, Titans of the BE 100s (in paperback, the title is Lessons From the Top). I believe one of the most valuable lessons that he shared with me was his focus on creating a model for multi-generational wealth. The following are his pearls on money management:

1. Always have multiple streams of income in good times and bad.

Growing up in San Antonio, Texas as the youngest of 15 children, Sutton cultivated his financial prowess by observing his father, who served as principal of the town’s junior and senior high schools, a landlord, undertaker, and an entrepreneur. In addition to his multiple jobs, he invested his dollars in construction and real estate, which included gaining ownership of land near The Alamo. Although his process was not infallible, he always learned from his mistakes,Â and shared these lessons with young Percy.

“My father was involved in a variety of businesses, and invested his money in others. Not all of his investments were successful. He used to often say that he got involved in enterprises in which he had the money and his partner had the experience, and by the time he left the venture, his partner would have the money and he would have the experience. But our family was never without money–even during the Depression, when he had to sell some of his holdings. He made sure that his family would have access to opportunities, even though we didn’t have social access in the segregated South. Another one of his practices was to give money to black organizations that helped those he called ‘people with broken wings.’ Many of his principles–diversification, giving back to the community, showing employees and associates respect–I held in my personal, political, and business life.”

2. Lasting wealth doesn’t come from hard work, but investing for the long haul.

Before Sutton set his sights on politics and business on a grand scale, the World War II veteran focused on building a career and the means to support his growing family. In the late 1940s, he worked for the New York subway system, toiled at the post office, and waited tables, while still finding the time to attend Columbia University Law School at night. While operating a train that stopped at a station near Wall Street, he soon came to realize that real wealth was a byproduct of stock market participation. Using a portion of his savings, the future BE 100s CEO purchased blue chips such as General Electric, AT&T, and Coca-Cola. He would hold onto those shares for 50 years or more.

“I came to realize that the way white Americans accumulated wealth was through investments in stock and bonds. I never touched my savings for emergencies or my children’s education. I used, however, every available dollar I could find to put into stocks. I read the financial pages and books on the financial markets. I mostly chose those companies that I felt would stand the test of time.”

3. Design an estate plan to ensure your family’s financial future.

Sutton fully understood the value of business succession and estate planning, a process that’s oblivious to a good number of entrepreneurs of family-owned enterprises. This especially became a pressing issue when he discovered he had bladder cancer in 1981. He would go on to deal with serious ailments for the next two decades, but during his first bout with cancer, he met with financial advisors to draft a comprehensive succession plan that would secure family members and shareholders.

He shared the following with me, when I wrote Titans:

“I knew the horror stories of the dissolution of family businesses and the erosion of family wealth because of poor succession and estate planning. I didn’t want that to happen to my family, I decided that I was going to take a decade to train the next generation and pass on my management philosophy. [During that time] I gradually removed myself from the company. The succession process was handled in two steps. First, I handed over control of the company. Now, I am in the process of handing over the management of the Sutton family’s investment portfolio, which includes stock and real estate valued at more than $50 million. To protect these transactions from estate taxes, I placed the family’s assets in a living trust which holds title to the assets.”

His approach offers clues on how you can grow and protect your assets. But as Sutton realized, successful estate planning cannot be a DIY proposition.