$300M for Humans on Mars, Robots, and Fighting Solar Storms 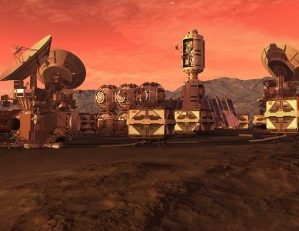 It’s no secret that President Obama is a blerd–a big-time sci-fi buff and a huge proponent of advancing STEM. He just served as guest editor of popular geek ‘zine Wired‘s November issue.

President Obama launched a number of STEM-related initiatives and at his most recent event, the White House Frontiers Conference, revealed specifics on how the United States will push technology and innovation.

At the conference, heldÂ in Pittsburgh last week, the Obama administration announced that $300 million would go toward science, technology, and innovation. The investment is “to develop the industries of the future and harness science and technology to help address important challenges,â€ according to a press release issued by The White House.

Here are some ways the $300M will get applied:

Some other projects announced included the administration’s upcoming release of a report on preparing for the future of artificial intelligence and development of technology that will allow a human mission to Mars by the 2030s.

Additionally, an Executive Order was announced to coordinate efforts to prepare the country for space weather events such as solar storms.

The Frontiers Conference was co-hosted by the White House, the University of Pittsburgh, and Carnegie Mellon University. It brought together over 700 thought leaders in business, technology, philanthropy, and innovation to meet on five subjects (or “frontiersâ€):