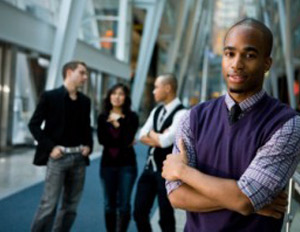 Unless your business is mature, you have free time to kill and you already have all the money you want, stop handing out hook-ups. Budding entrepreneurs are approached by many (friends, family and then some) to share their work, time and resources as a “favor.” These freebies may seem innocent at first, but they can destroy the business you are working hard to build. There are many reasons to avoid hook-ups like the plague. These are my top four:

A hook-up isn’t really a hook-up, it’s shifting a real cost from them to you: Often a hook-up comes in the form of a discount. You own a business selling a product or service. A friend or family member wants to buy from you, but they want a discount. You don’t want to be pegged as selfish, greedy, arrogant or a tight wad, so you cave. This is the ultimate self-swindle because somebody has to pay the cost of that hook-up–and it’s going to be you. Let’s say you pay $10 for your products and sell them for $20. You give a discount to a friend or family member so they pay only $15. If you collected $20 as you normally would, you would be able to buy and sell two more of the product, doubling your revenue. But since you gave a hook-up, you can now only replace the one you sold and have $5 left over. You’re thinking, “Well, it’s not so bad. I recouped my cost and I still have $5 left.â€ A business is a self-replenishing entity. The business should be paying for itself and paying you. Since you just gave away $5, you now have to cut back somewhere else to make that money up so you can re-stock your inventory. A measly $5 may not seem to matter but if you give one hook-up you’ll probably give others and it all adds up.

Word-of-mouth is the most powerful form of marketing and people looking for hook-ups refer more people looking for hook-ups: No matter what you sell, at some point, if it’s a quality offering somebody is going to ask one of your customers where they got it from or how they have achieved an outcome. If you’ve given out hook-ups you have doomed your business because that’s going to be the word-of-mouth message passed on about your company. The conversation will go something like this:

Though you may understand the struggles of other business owners or people who want to buy from you because you have struggled at some point yourself, giving a hook-up to help them out is a sure way to keep struggling yourself or send you back in that direction.

First, people can usually afford what they want; it’s often their priorities that are out of balance. Second, that person is going to want a hook-up every time they do business with you. Third–and this is the biggie–it’s not so much about that one person and that one hook-up, it’s about all the other strugglers and hook-up seekers they’re going to drag to your feet.

If you want to offer a lower price point, come up with a product or service that costs less to develop, acquire or make–then you can help people and manage your business professionally at the same time. This is why a lot of luxury brands now have lower cost sister brands. They won’t give you a hook-up but they will give you an amended experience. Follow suit.