4 Reasons an Early Career Start is the Best Option 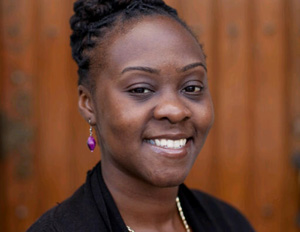 One classic saying about success never gets old: The early bird gets the (carer advancement) worm. An early start in your professional journey can give you a major boost, allowing time to build a solid body of experience and room for tremendous growth. Many of the greatest leaders had an early start — some in their preteen years — starting their first jobs or businesses while their peers are enjoying proms and growing pains. Though the unemployment numbers for teens today are high— in April, the rate for 16- to 19-year-olds was at 24.9 percent— it’s undeniable that developing a solid work ethic while young can be a major asset in the future.

Check out the stories of four successful professionals who credit their career achievements to their early work experience. They each share the pros and cons of working as teens and offer tips for today’s budding workforce:

His first gig: Edwin Walker grew up in the Flatbush section of Brooklyn, N.Y., and received his early job experience working for his dad. As a preteen, his father had several small businesses, one being a fruit stand. Edwin was paid to help out and immediately caught on to the value of working. When he was 10 years old, he landed his first “realâ€ job running errands for the Congress of Racial Equality (CORE), a civil rights organization with an office just a few doors down from where he lived. Walker remembers vividly his $50 weekly salary: “I’ll never forget it.Â  I thought I was rich!â€

A young entrepreneur: Influenced heavily by his father’s entrepreneurial endeavors, Walker realized he could also make extra money if he worked for himself. At 11, he started his own business selling iced treats during the summers in his driveway and recruited his cousins as staff. Like his dad, Walker’s entrepreneurial buzz never died. In high school, he ran a lucrative business selling beepers (Remember those?).Â  Since then, he has owned and operated many successful business ventures ranging from car sales to property management.

Pros and Cons: After graduating from college on a basketball scholarship, Walker began his career with Bellsouth—now AT&T. He’s been with the company for more than 12 years and has worked his way up to his current role of network manager. He credits his career and entrepreneurial success to his early work experience, and says working as a teen taught him a lot about money management and independence. “When I wanted my first pair of Nikes, my dad said I had to earn half and he would pay the rest. Anything that I wanted, I had to work for.â€

While he appreciates all that his early work experience taught him, Walker did miss out on some of the usual, fun things kids do. “I didn’t get to play much basketball with my friends or go away for the summers because I was working,” he says.Â  “But when my friends didn’t have money, I did.â€

Passing it on: Walker now instills the same values of hard work and entrepreneurial values in his 8-year-old-son and 4-year-old daughter. He gives them chores around the house, and takes them to work with him. “I want them to see that this is how the bills get paid.â€