4 Reasons Weâ€™re So Tempted by Success 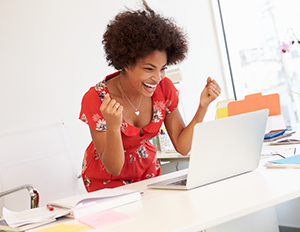 By all counts and measures, the desire to be successful is deep within our psyches.

At the dawn of human civilization, during the time of untreatable epidemics and short life spans, success meant simply surviving. As humans became more sophisticated, the meaning of success transformed into indicators we could actually quantify: things like building a business, achieving artistic greatness, or changing the world.

But what happens when success consumes you?

A few months ago, while watching Whiplash, an award-winning movie about an ambitious jazz drummer’s journey to greatness, I saw stark glimpses of myself. In the film, the main character, Andrew (Miles Teller), enrolls in a prestigious music conservatory. He will stop at nothing to win the approval of his unforgiving instructor, Mr. Fletcher (J.K. Simmons). When Andrew practices frenetically until his hands bleed, it becomes clear that he’s willing to pay an extreme physical and psychological price to become a jazz legend. In one of the more telling scenes, Andrew is in a serious car wreck on the way to a performance. Instead of waiting for help, he climbs out of his overturned car, shattered glass digging into his skin, grabs his drumsticks, and takes off running down the highway.

Entrepreneurs, creatives, and visionaries who push themselves to the brink of self-destruction in the name of success are not a novel idea. For those who follow the path of least resistance, the mad descent of perfecting a craft or devoting your life to a business is unthinkable. But for many of us seduced by success, we cannot fathom anything other than a deliberate and passionate journey towards a life of mastery. And we’re willing to suffer for it, too.

Sunny Bonnell is the co-founder and creative director at Motto, a branding and design agency.