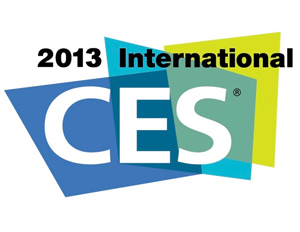 What will the future of technology look like? That’s the question of the ages. While there are no hover cars and wearable computer fashion still has a ways to go, you’d be surprised with the ways that consumer electronics companies are building upon the technologies already available. Click ahead to see what trends Consumer Electronics Association executives believe will drive innovation and market demand in 2013.

The Age of Algorithms -Â  In 2013, analog data is making a comeback by way of the sensorization of consumer’s lifestyles. This trend is already ingrained in health and fitness technologies that measure, digitize, and recommend actions related to one’s blood pressure, calorie intake, and the number of steps one takes to and from the refrigerator.

Outside of health, Progressive’s SnapshotSM Pay as You Drive program is a perfect example of how sensors can recommend lifestyle changes based on data. With Snapshot, a driver can pay lower rates by agreeing to share their GPS data with the insurance company. In the future, sensors will use algorithms to change digital data back to analog data that can be used practically throughout one’s day to day. Â It will even go so far as to remind users to water houseplants based on water-level sensors.

The Changing Face of Computing — In many ways, portable laptops have evolved immensely over the last 20 years. But in terms of design, the majority of computers still adhere to the clam shell user interface that was introduced at the dawn of the laptop form factor. Now, however, since the advent of tablets, laptops have begun to take on some of their characteristics–like touch screens–in what is now commonly called hybrid or convertible computers. For example, the Lenovo IdeaPad Yoga 11 has a hinge that swivels 360 degrees and bends backward to transform into a tablet. In addition, many laptops will also begin to feature custom gesture Â and voice recognition, which will revolutionize how people interact with their laptops.

The Cannibalization of Technologies — Smartphones and tablets are soaking up the market share of almost every other technology, including MP3 players, cameras, GPS devices and even televisions. That trend will continue further in 2013. The robust push by cellular providers to convert users to the latest 4G LTE phones will also impact the adoption curve and the replacement cycle of phones. This will continue to increase the growth rate of smartphones over other categories. In addition, a move toward higher pixel density screens encourages consumers to upgrade a phone or tablet for a better picture instead of, say, a television because the price point of televisions are not suited for high turnover in the general market. As a result, people who want the ultrahigh definition screens so the television (traditionally considered the primary screen) is becoming a casualty to the second screens such as tablets and smartphones.

Applification of Technology — All innovation is going into the cloud, software and streaming services. This begs the question: What will consumers spend more of their money on in the future: apps and services or hardware?

For continuous CES 2013 coverage, follow Black Enterprise‘s own Marcia Wade Talbert, @TheTechGyrl on Twitter. Also, be sure to check out our features at BlackEnterprise.com/Technology.