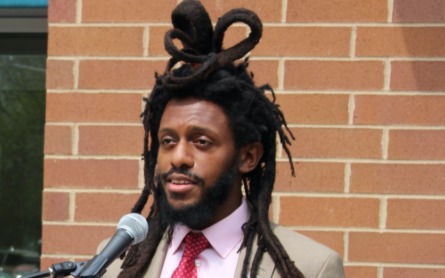 One legislator in Illinois wants policies in the state banning certain hairstyles in schools to be updated.

WSIL-TV reported that State Senator Mike Simmons’ (D-Chicago) legislation to end discriminating against students’ hairstyles in schools passed in the Illinois Senate and now awaits consideration in the House of Representatives. According to the legislation, schools cannot “prohibit hairstyles historically associated with race, ethnicity, or hair texture.” Protective hairstyles such as braids, locks, and twists are specifically included.

WSIL-TV also said that Senate Bill 817 applies to all public, private, and charter schools in Illinois.

“We can’t praise the creativity and individuality of students out of one side of our mouths, and then humiliate them for their hairstyle out of the other,” Simmons said, according to WSIL-TV.

ABC7 said that Simmons’ bill was inspired by a 4-year-old boy named Jett Hawkins. The news report explained that Jett was made to take down his braids by his Illinois-based school, Providence St. Mel. Simmons stepped in from a legislative angle, after reaching out to the child’s mother.

“It’s got a lot of support,” Simmons reportedly said in ABC7’s interview. “I think a lot of my colleagues want to be on the right side of history on this one.”

State Senator Mattie Hunter (D-3rd District) is Simmons’ colleague who stated that she wholeheartedly supports Simmons’ bill. ABC7 also noted that Hunter is a champion for addressing hair discrimination issues. She sponsored a similar bill called the Crown Act. It would make hair discrimination illegal in the workplace, so Hunter and Simmons are on complementary legislative paths. However, Simmons tweeted that he has been targeted by schools himself. In an interview with Illinois Newsroom, Simmons remarked that he does not want the next generation to have to go through this.

On May 11, Simmons also tweeted that he was glad to join journalist Anna Davlantes on WGN Radio to talk about his bill to end hair discrimination in schools.

“I’m proud of my African-American and Ethiopian heritage and my hair is a reflection of me and my ancestors. No student should have to compromise their identity — period.”